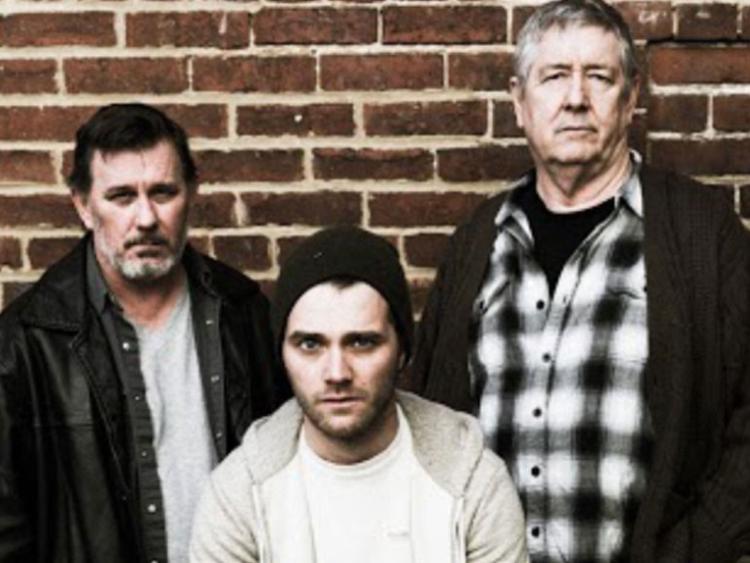 Mark A. Rhea as Teach, Josh Adams as Bobby and Kevin Adams as Donny in American Buffalo

During one long day in a run–down, US junk shop, three men of great ambition and low morals plan a heist of a customer’s valuable coin collection.
American Buffalo will be staged in the Watergate Theatre tonight and Friday night, starting at 8pm.
In the plot, when the con goes awry, it’s every man for himself.
This fast paced drama is all aggression and testosterone with characters wielding words like weapons to intimidate, cajole and manipulate each other.
The results are hilarious, powerful and ultimately tragic in the play.
In David Mamet's masterpiece, a coin collector stumbles across a valuable buffalo nickel in a small Chicago junk shop and purchases it for only $90.
Later coming to believe that the coin was worth far more than this and feeling he has been unfairly taken advantage of Don, the shop owner, becomes determined to steal the coin back.
He elicits help from Bobby, a young friend, and Teach, a paranoid and violent braggart.
The three conspirators fancy themselves as businessmen pursuing the legitimate concerns of free enterprise.
In reality, however, they are merely small time crooks (criminals), and all of their plotting amounts to nothing in the end.
It is a futile, vulgar, verbal exercise that finally erupts in violence when their failure becomes apparent and the frustration becomes unbearable.
After choosing Bobby to carry out the actual robbery, Don and Teach later conspire to cut him out of the deal and split the money between themselves.
Eventually, Bobby returns, not with the buffalo nickel, but with a buffalo nickel.
It is one that he finally admits he simply purchased being unable to carry out the robbery.
Don is embarrassed and angry, but Teach is furious and, suspecting Bobby is somehow trying to con them, explodes in a vicious attack on the helpless boy which leaves him in need of medical attention.
The would-be thieves have been exposed not only for their entrepreneurial greed but for their complete inadequacy to carry out even a simple robbery.
Mamet’s tough-talking junk store con men don’t mince words. If you’re sensitive to profanity, be ready for some rough language. Because of the colorful dialogue, we recommend the play for ages 17 and above.
American Buffalo also contains suggestive content, and violence.
It runs in the Watergate Theatre, Parliament Street this Thursday and Friday from 8pm with admission €20/€17.
Just call down to the box office anytime during the working day or call the watergate on 056-7761674