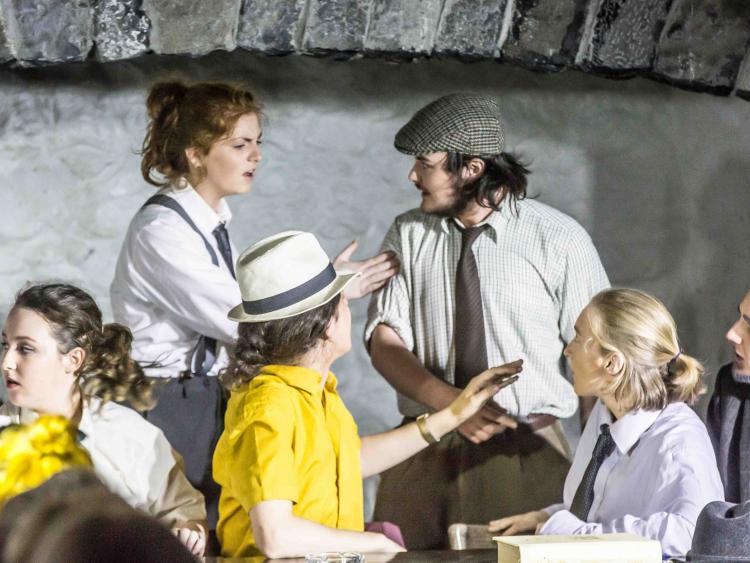 Between representations of Eastern European risings, bizarre trapeze performances, portraits painted on the spot, Schubert and other classical concerts and all kinds of exhibitions, this year's Kilkenny Arts Festival was probably the best ever.
Worth a conservative €5 million to the local economy, the city swayed with artistic endeavour for ten days with hotels, B&Bs, restaurants and pubs reaping the rewards of an outstanding programme put together by Eugene Downes, the artistic director of the festival.
For many, Counting Sheep, a portrayal of the unsuccessful civil uprising in the Ukraine was the highlight while for others it was the Raven Eyed performance in the brewhouse at the former Smithwick's Brewery.
Fringe
Running simultaneously, The Alternative Kilkenny Arts (AKA) provided two weeks of exhibitions, plays, poetry, literature, talks and debates, music and community engagement.
By adopting a simple principle to provide a platform for promoting and supporting creativity, it has captured the imagination of the public.
Highlights included packed audiences at new and original drama, poetry in motion, a hugely successful series of performances and concerts at Ballykeeffe Amphitheatre, KCAT, Grennan Mill and Made in Kilkenny exhibitions as well as many exceptional fine art and craft exhibitions. The music strand brought artists from all over Ireland and a memorable night with a DJ set from Dexy’s frontman; Kevin Rowland.
Poetry, spoken word, debates and talks, new writers, all added to a diverse mix that sparked the imagination, delighted and provoked audiences.
AKA Fringe is beginning to embed itself with the main arts festival programme and this symbiotic relationship is working.
“There is a natural synergy between the festivals with people walking the streets brandishing both programmes, trying to cram in as much culture and creativity,” AKA organiser Malcolm Noonan said.