Henry was with his wife, Deirdre, chatting to Ryan Tubridy on the Late Late Show couch tonight 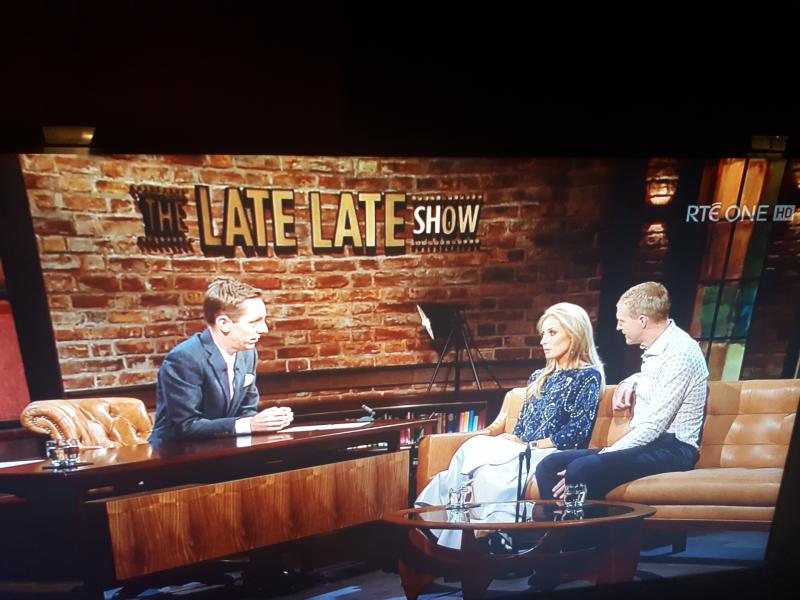 The Late Late Show returned to RTÉ One tonight to start its 56th season and the line-up for the opening show included Kilkenny hurling legend, Henry Shefflin.

Henry's son lost four toes and a little bit of his foot in the accident.

The All-Star hurler was cutting the grass on a ride on lawnmower when his son slipped underneath the machine.

He says he blames himself for the accident and urged people to be wary around all sorts of machinery.

Speaking on the show, he said: "I should've told them go away from the machine.

"His leg just fell under, the machine was on him in the blink of an eye.

"He went from being so happy to anguish and pain and he was on the ground in front of me."

He added: "It was very hard and I had to pick him up off the ground and I just thought...please let this little boy walk again."

Little Henry is now recovering really well after the incident and is back playing with his friends and walking around.