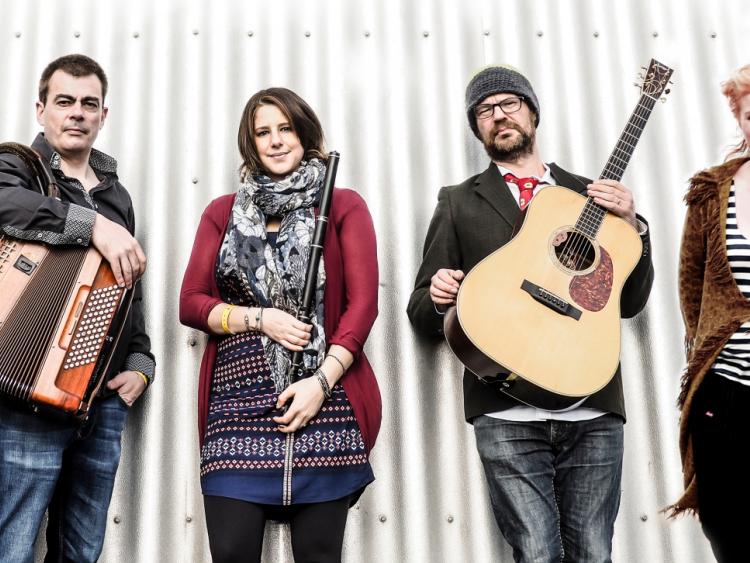 There’s a huge treat in store for music lovers on Friday, September 15 when The Alan Kelly Gang with Eddi Reader and John Douglas team up for a concert at Ionad Dara, Goresbridge.
The Alan Kelly Gang, one of Ireland’s leading contemporary trad acts, team up with Scotland’s internationally acclaimed and mesmerizing songstress, Eddi Reader, of Fairground Attraction fame and Trashcan Sinatra’s guitarist and songwriter, John Douglas. The result is sheer musical synergy in its most natural form.
Brimming with powerful instrumentals, alluring songs and buoyant harmonies this is a wonderful union of Scottish and Irish traditional and folk music from true masters. Originally put together as a once off collaboration, the idea has since developed into a global headlining act; their performances have been praised for leaving audiences spellbound. Scotland’s The Living Tradition magazine has described it as ‘an astonishing concert’.
Alan Kelly has long been declared Ireland’s innovative piano accordion maestro and not only described by New York’s Irish Voice as ‘in league with the best piano accordionists in the world’ but also credited with ‘making the piano accordion hip in Ireland again’ (fRoots). He is joined by acclaimed New York singer and flautist, Steph Geremia, the masterful and innovative guitarist, Shane McGowan, with Martin Brunsden on upright bass. The gang delivers a unique and diverse perspective to the Celtic repertoire. The sheer energy and variation in repertoire that they infuse into their live performance has set them apart from the mould and placed them at the cutting edge of the traditional and world music scene.
Eddi Reader has effortlessly developed into one of popular music’s most thrilling and affecting performers, with an MBE, a number 1 single and 7 acclaimed solo albums behind her, what sets Eddie apart is the depth and quality of the emotional performance; her ability not only to move the listener, but to connect her experience to that of her audience. Jools Holland says of her voice “ I like to imagine that, before music was recorded, this is what the great singers sounded like.”
Playing support will be well-known Laois Singer Songwriter Margaret Brennan. Margaret’s singing and writing has grown from a rich musical background with her parents being very well-known for decades on the Bands and Bluegrass circuits all over Ireland. Margaret is a fine guitarist and singer and appeared in the concert series “Follow me up to Carlow.”