Kilkenny plough men hope to do the county proud in Offaly 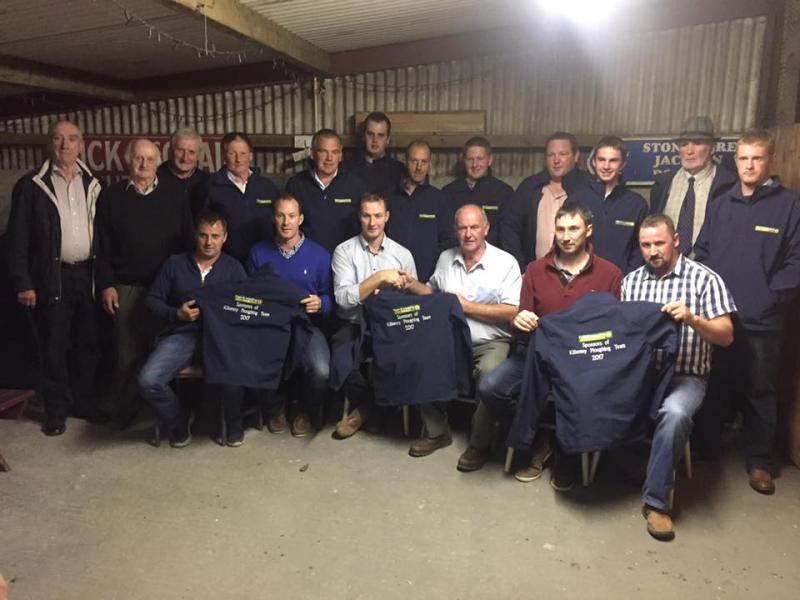 The Kilkenny team for the National Ploughing Championships receiving jackets from Farm and Industiral Supplies, Kilkenny in Connolly's of Dunbell

It can be easy to forget that Ireland's largest outdoor event, the National Ploughing Championships, is based on ploughing and sometimes that's lost in all the hullabaloo.
In this county we are blessed to have a great number of people still interested, some would say fanatical, about ploughing and that is reflected in the large team taking part in this year's championships starting tomorrow in Offaly.
Last week, the team and its sponsors turned up at Connolly's of Dunbell for get-together before the fray.
All competitors have been training hard and hopes are high that the men can return with silverware from Offaly.
This year, Kilkenny has a strong team and in the Furrow Conventional Plough Class Ned Conway, Listerlin, Tullogher is the Kilkenny representative with his New Holland tractor.
In the Intermediate Conventional Plough Class - Cathal Brady, Kyle, Gowran will compete on his IMT along with Tommy Cuddihy, Bracken, Jenkinstown, on a Landini tractor. other team mebers include Garry Ireland, Ballyda, Danesfort; Michael Holden, Clune, Glenmore will try to keep a straight furrow on his Ford and Thomas Hartley, Glenmore.
In the Senior reversible section, Brian Ireland of Ballyda, Danesfort will be on his Deutz tractor.
Under 28 reversible Daniel O'Dwyer, Kilahy, Tullaoran, also on a Deutz.
Daniel will represent the Johnstown, Urlingford, Galmoy ploughing association and again he is a man who is steeped in the history of ploughing.
In the vintage two furrow mounted class Tom Kielty, Kilcreggan, Mooncoin will compete in his well maintained, Ferguson 35
In the vintage Single Furrow Mounted Plough Class - Peter McDonald from Mullinavat, will steer his veteran Steyr tractor. Finally, in the Under 21 Conventional PJ Hartley, Weatherstown, Glenmore will have a Ford 7600 pulling his plough.