It's A Beautiful Day for Kilkenny music thanks to U2 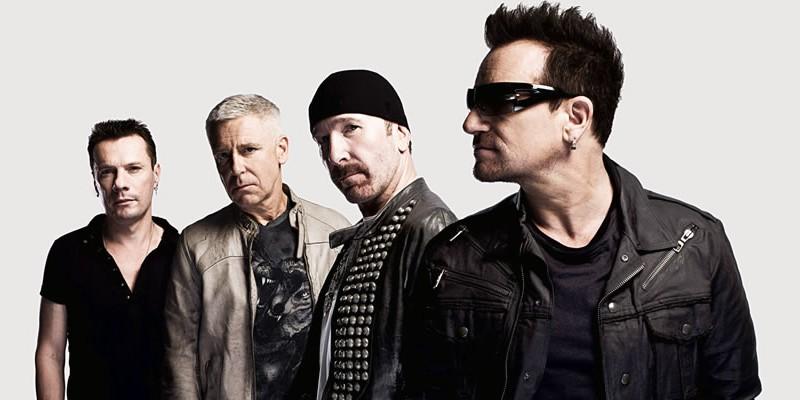 'It's A Beautiful Day' in Kilkenny thanks to Ireland's greatest band.Music Generation has announced that Kilkenny will receive €600,000 in philanthropic funding from super rock band, U2 and The Ireland Funds over three years to create increased access to high-quality, subsidised vocal and instrumental tuition for children and young people throughout the county.

Ireland’s national music education programme, Music Generation was initiated by Music Network in 2010, and is co-funded by U2, The Ireland Funds, the Department of Education and Skills and Local Music Education Partnerships. Already, the programme creates access to music tuition for more than 41,000 children and young people annually across 12 counties, with today’s announcement bringing the total number of areas reached to 21.

The nine new Music Education Partnerships selected for participation in Music Generation ‘Phase 2’ will be established on a phased basis over the next five years. It is anticipated that planning and programming for Music Generation Kilkenny will get underway at the end of 2018.

Kilkenny Music Education Partnership (MEP) is a partnership between Kilkenny and Carlow Education and Training Board and Kilkenny County Council. This partnership will expand over the coming months as it prepares to establish Music Generation Programmes in Kilkenny towards 2019.

The Kilkenny partnership's goal is to develop a range of affordable and accessible performance music education programmes for children and young people age 0 to 18. This will include the coordination of music tuition services within the county, working in partnership with schools, community music groups and tuition centres in the formation of choirs, ensembles, access programmes, composition and songwriting projects, and more, across a range of musical genres and styles.

Responding to this great news for music education in Kilkenny, Cynthia Deane, Chief Executive of Kilkenny and Carlow Education and Training Board (KCETB), Lead Partner in Kilkenny MEP said: ‘We are delighted to have been awarded this terrific opportunity and to have obtained funding to develop the infrastructure for performance music education in Kilkenny. We have a rich musical tradition. The Music Generation programme is already successfully in operation in County Carlow under the leadership of KCETB, and a great number of passionate and energised partners are to be thanked for their commitment to ensuring the continuation of this same tradition in County Kilkenny into the future. We are enthused about the next steps that we will take as part of Music Generation, and look forward to creating new opportunities for the children and young people of Kilkenny to develop their musical creativity. Our enormous gratitude to U2, The Ireland Funds and the Department of Education and Skills, without whose support this would not be possible.’

Expansion of the Music Generation initiative into Kilkenny was made possible as a result of philanthropic donations by U2 and The Ireland Funds, which will seed fund 50% of the costs of developing the programme during its set-up phase. This matched funding will be sustained on a long-term basis by the Department of Education and Skills once the philanthropic donations cease.

Speaking on the announcement of the Phase 2 expansion, U2’s The Edge said: ‘This is a really important moment for Music Generation. Our ambition is for every child and young person in Ireland to have access to tuition and this next phase of expansion brings us ever closer. Huge thanks to both the Government and The Ireland Funds for their ongoing commitment to a programme of which we, as a band, are immensely proud.’

‘I would like to congratulate Kilkenny Music Education Partnership and the various individuals, groups and Statutory Agencies that have come together to support the development of the Music Generation programme within the local area’, said Minister for Education and Skills, Richard Bruton T.D. ‘My Department wholeheartedly believes in the importance of facilitating access to music for children and young people, which unlocks their creativity and can help them reach their potential in all areas of their education. Through our ongoing annual €2.5m funding of Music Generation’s first phase, and our commitment to co-funding 9 new areas into the future, we will work together with all partners to ensure the continued success of this important non-mainstream music education programme.’

Kieran McLoughlin, Worldwide President and CEO, The Ireland Funds, said: ‘It is wonderful to see the ongoing success of this pioneering programme, which has already had a remarkable impact on the communities in which it operates. We are delighted to be working with U2 and the Department of Education and Skills on this great Public-Philanthropic Partnership to bring the benefits of musical education to thousands of Irish young people.’

Speaking of the announcement National Director of Music Generation, Rosaleen Molloy remarked: ‘We are thrilled that Kilkenny is joining the next phase of Music Generation, and we would like to acknowledge the ambition and vision of Kilkenny Music Education Partnership in seeking truly transformative outcomes for the children and young people with whom it will engage. Music Generation looks forward to working with Kilkenny MEP to progress its plans for development, building upon the remarkable success of Music Generation’s story so far.’