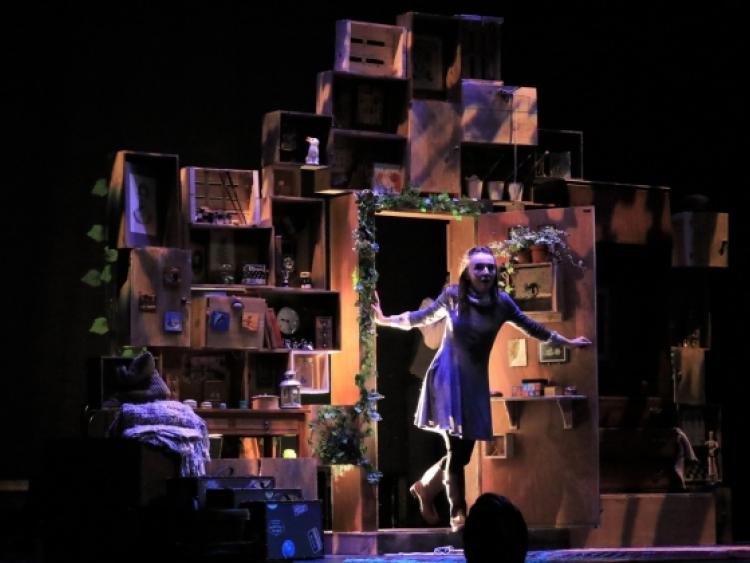 The impressive set from The Secret Garden

Are you ever stuck for something interesting to do with young children on a Saturday afternoon?
The Watergate Theatre on the city’s Parliament Street has one such afternoon in October sorted for you.
Everyone loves The secret Garden whether it’s the original book, the various film versions or best of all, the theatrical adaptation.
Good news is that it is coming to Kilkenny on Saturday, October 21.
Deirdre Dwyer’s theatrical adaptation of Frances Hodgson Burnett’s children classic is back by popular demand.
At the turn of the 20th century, Mary Lennox is a sickly and unloved 10-year-old girl, born in India to wealthy British parents who never wanted her. She is cared for by servants, who allow her to become a spoiled, aggressive and selfish child. They all die from cholera and Mary becomes an orphan.
So you have a little girl, a hundred locked doors, a friendly robin and many secrets waiting to be told. Join a trio of performers on an enchanting journey through this tale of loneliness, secrets and friendship.