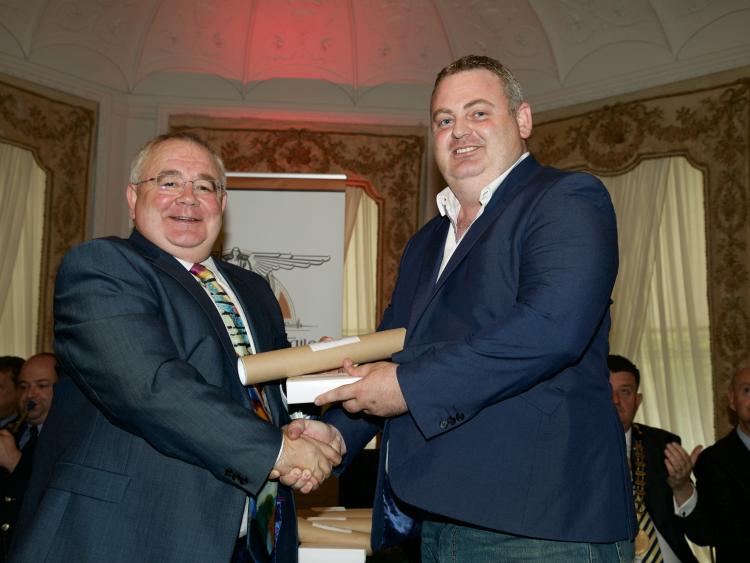 A courageous Kilkenny man who risked his life to save another received a national bravery award today in Dublin.

Eoin Bolger from Graignamanagh fearlessly, dived into the icy waters of the River Barrow on November 16 last year after a car and its driver became submerged in the middle of the river at the Quay in Graignamanagh.

As the car and driver became submerged Eoin reached it, went underwater and pulled the male out of the car. The male initially resisted his attempts to remove him but then complied with Eoin’s attempts.

Eoin, a son of Jack and Breda Bolger from Barrow Lane in the town, then surfaced along with the male and pushed him towards the river’s edge. Graignamanagh Fire Brigade units were on the scene and assisted in getting the male onto dry land and administered.

The drama started at around 3.30pm that day when Thomastown Garda Station received a call concerning the safety of a man.

A Garda who was in a patrol car and who had been made aware of the situation arrived to the bottom of the Barrow Lane in Graignamanagh where he saw a car just about to enter the water at the boat slip.

By the time the Garda got to the boat slip, the car was starting to float into the main river channel. The driver’s door was open and the male did not appear to be wearing a seat belt. The car was starting to sink at an accelerating rate as it went into the river channel and was well out of the reach of the Garda who continued to shout at the man to get out of the car.

The man continued to look down and was not responding. The car drifted into the middle of the main river channel and was sinking front first. A number of people had started to gather and then up stepped super-hero, Eoin who saved the man's life.