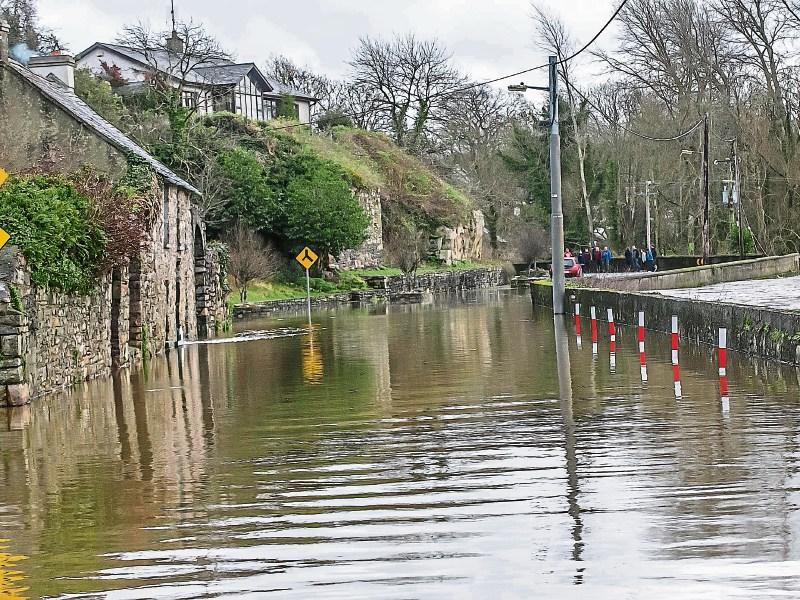 A local councillor has called for funding to be expedited to progress a flood pilot scheme in two Kilkenny towns to the next phase.

The Interdepartmental Flood Policy Co-Ordination Group is considering the potential costs and benefits associated with the introduction of an individual property protection scheme.

The Group is being informed by pilot projects which are currently underway in Thomastown and Graignamanagh in Kilkenny and Crossmolina in Mayo.

In respect of the Kilkenny pilot, the Office of Public Works have funded the costs of a research and feasibility study into the potential provision of individual property protection.

Cllr Peter 'Chap' Cleere has expressed his disappointment that the OPW have still not responded to Kilkenny County Council regarding the funding of this scheme even though the request was sent last July.

Cllr Cleere had requested that the council write to the OPW seeking the necessary funding required for the total cost of these individual property protection measures.

He said: “Both Thomastown and Graignamanagh were both left devastated with flooding in Christmas 2015.

“Given the significance of what has happened to both towns, I feel it is imperative that the OPW now fund the cost of implementing these flood protection measures for both towns to give these residents a break.

“It is estimated that the cost of such measures could be up to €600,000 to implement. I'm adamant that full funding be made available by the OPW to fund these works.”

Cllr Cleere said: “I have also insisted that the Council get confirmation from the OPW that the implementation of this pilot scheme will not have any impact on the bigger CFRAM pilot study which was conducted last year.

“This particular pilot is welcome, but it is very much a temporary measure until the funding becomes available to implement the CFRAM recommendation.”

Cllr Cleere says “the speed at which this needs to be processed is very important”.

He said: “Many people are anxious about the risk of flooding and Storm Ophelia and Storm Brian have certainly left their mark and done nothing to allay those worries for people - and this pilot flood relief scheme will certainly help allay some of those fears.”

In a statement to the Kilkenny People, the OPW said: “A Feasibility Report into the provision of individual property protection for the towns of Thomastown and Graignamanagh was received by the OPW in August.

“The report is currently being considered before a response issues to Kilkenny County Council.”