Kilkenny people - Beware of comedians and economists from Thursday

The curtain goes up on Thursday... 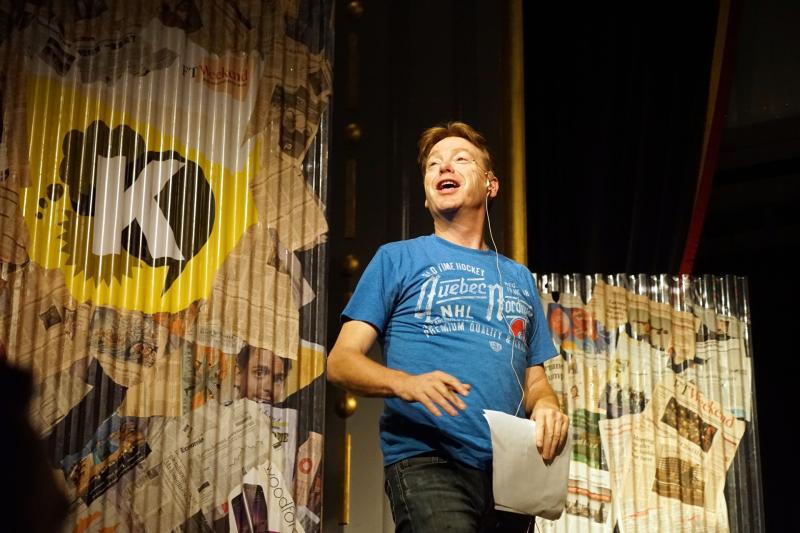 Co-founder of Kilkenomics, David McWilliams who will feature in a number of gigs at this year's festival

Be careful walking down the street in the city this weekend, you are likely to bump into a world famous economist or worse, you could end up being quoted by a comedian on stage after he has eavesdropped on you.

Kilkenomics, the festival that blends humour from comics with the analysis of data by economists, is back and after seven years it has become an overnight sensation and the ‘must have’ ticket this autumn.

By the time the curtain goes up on Friday, the organisers will have sold around 9,000 tickets making it a hugely lucrative weekend for the business community providing a welcome end of season boost to the local tourism industry.

It is Europe’s first economics festival, bringing together some of the world’s leading economists, financial analysts and media commentators with some of Ireland’s funniest, sharpest stand-up comedians.

Director of the festival, Naoise Nunn, is delighted with the advance booking and the fact that some shows are already sold out - but he had good news.

“There are still lots of tickets available for a wide range of shows and the reaction to this year's line up has been very positive, adding to the popularity of the programme,” he said.

Kilkenomics has been described as Davos with Jokes and it’s a description with which Naoise has no problem with.

“The beauty of our festival is the fact that some of the most imminent economists and commentators in Europe converge on a small place like Kilkenny and really enjoy the inter-action with the audiences and the comedians.”

Cerebral comedians Andrew Maxwell, Ardal O'Hanlon, Gerry Stembridge, Colm O’ Regan and Karl Spain will react to the analysis and predictions and while not poking fun at the economists the Irish comics will remind the economists of their previous predictions.