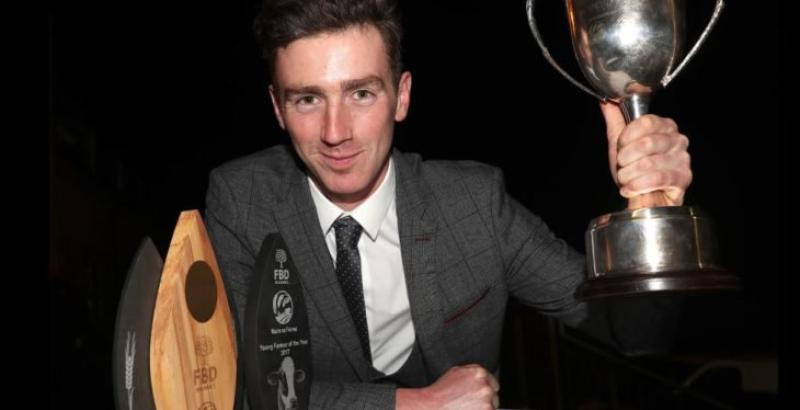 The Callan native, was selected the winner from a shortlist of six outstanding finalists, at an event in Breaffy House Hotel, Castlebar, Co. Mayo last night.

PJ has been involved in farming since he was a child. He grew up on a mixed enterprise farm; consisting of dairy and beef enterprises.

A number of years ago his parents decided to retire from the business; since then O’Keeffe has overseen a major expansion of the operation focusing solely on the dairy enterprise. He has expanded the herd size almost threefold – moving from 70 to over 300 cows.

He is considered a very active member of the rural youth organisation at his local club, Callan Macra. O’Keeffe was the 2015 winner of the dairy section of the Macra na Feirme Young Farmer of the Year competition.