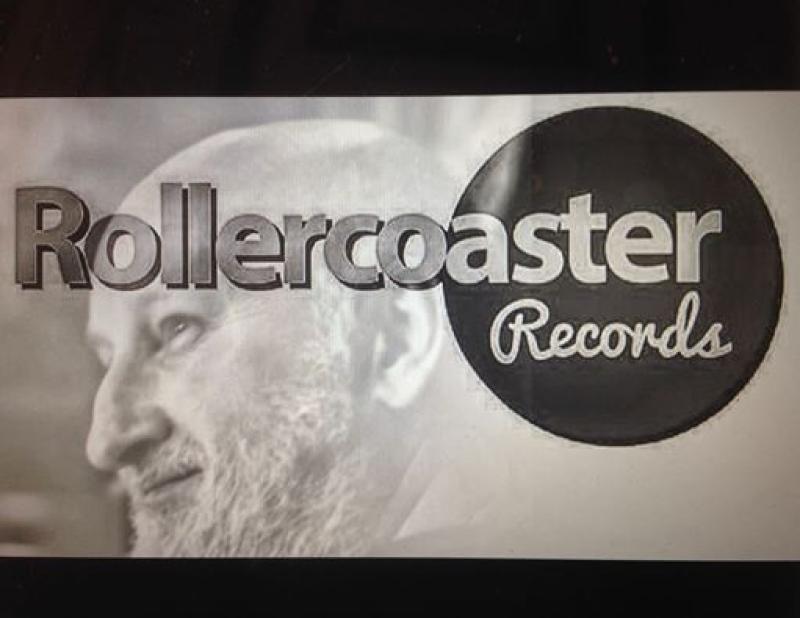 Today, over 1,000 people packed into St Mary's Cathedral, Kilkenny for the funeral Mass of the owner of the best little record shop in the world, Willie (Roller Coaster) Meighan.
It was a reflection of what he meant to people in Kilkenny city, county, Ireland and all over the world. Yes Willie Meighan had a global reach and a connection, an empathy, an understanding with everyone who touched his life.
And, thanks to the co-operation of the gardai and Simon Walton of Kilkenny County Council, the cortege made its way down Kieran Street and stopped outside Rollercoaster where flowers and candles had been left by mourners.
At the finish of the Mass, his close friend Malcolm Noonan managed to capture the essence of the 48-year-old; his underlying love of people, music, his tolerance and his highly principled ideals of always doing the right thing.
Malcolm told the congregation that Willie wasn't perfect, that he wrote off a car on his first driving lesson; couldn't bear Led Zeppelin and could slip in the odd sarcastic comment if the moment required it.
And his singing and playing bass, were laid bare for the world to hear in St Mary's when Malcolm, magically, replayed a recording session from The Red Lion, Vicar Street in 1988 which was greeted with laughter.
People loved Willie, adored him, as a friend, confidante, record label producer, bass player, promoter, landlord, fixer-upper, campaign manager for local and general elections, comment maker, Ipswich town fan, Dicksboro supporter, loving husband, loyal son and brother and above all lover, lover of people, times, life and music.
Malcolm spoke of the many kind, unseen acts that Willie was guilty of and how even when he couldn't afford it, he gave away CDs, records, albums and DVDs as prizes for raffles and quizzes to multiple good causes. He didn't know what the word no meant.
And his gigs, as marvelous as they were, didn't always make money but he didn't care, he wanted to make music; make people happy, Malcolm said.
And he mentioned Willie's Sunday Prayer, on Facebook, normally a poem. It was something that hundreds of people waited for to read and digest.
And his cancer diaries also on Facebook, were so honest. Laced with humour, they were incredible too.
He left his warmest, most powerful words for Willie's beautiful, wonderful wife of just a few weeks, Aisling. Speaking of their wedding, he said he had never been at a more spiritual, loving, uplifting event and spoke of the joy everyone present in the house that day felt.
And Fr Kieran O'Shea displayed an empathy which touched everyone in the congregation when he said the only way we could deal with the terrible grief of Willie's death was with love. It changed the atmosphere in the cathedral and uplifted people briefly as they attempted to celebrate Willie's life while trying to come to terms with their own thoughts. The service was punctuated by Ger Moloney's sweet accordion play while great Willie Meighan fan, Steve Scullion of Majolan also played.

It was left to singer and guitarist with the Barflies, Paddy Flanagan to complete the music with a haunting, lovely rendition of the song, Keep Me In Your Heart by Warreen Zevon.

After the Mass, Willie's remains were brought to St Kieran's Cemetry for burial.