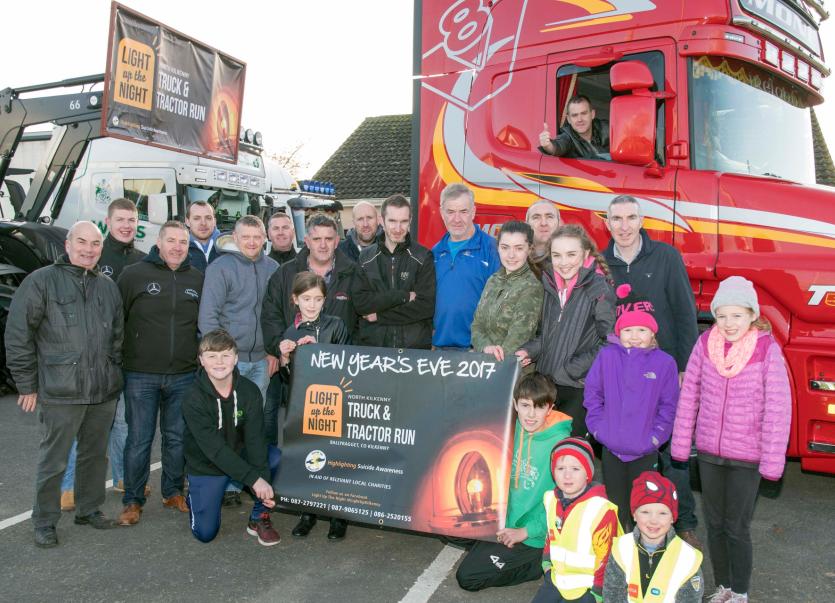 Internet sensation Marty Mone took time off his busy schedule to launch "Light up the Night 2" which for the second successive year will illuminate the skies on New Year’s Eve.

The popular Castleblayney man, is currently enjoying huge success with his second hit single ‘Slip the Clutch’, a follow-up to the phenomenally successful ‘Hit the Diff’ which has over 3.5 million views on You Tube.

Last year a record number of tractors and lorries participated in the novel event with over €11K being raised for Suicide Awareness.

Ballyragget will once again be the starting point for the North Kilkenny Truck & Tractor Run, Light up the Night 2.