Without Willie, it will never be the same again - Enda McEvoy 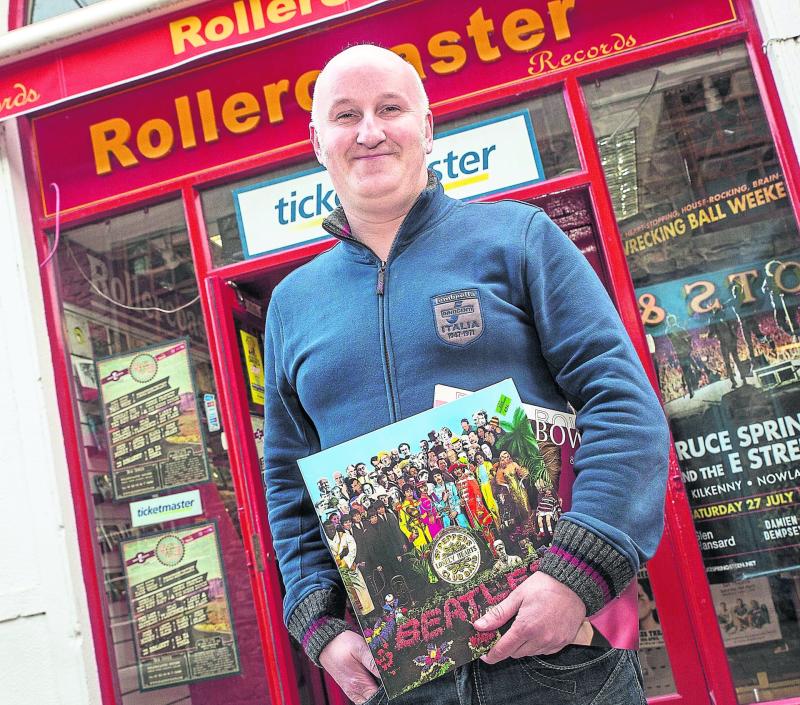 In the end everything about Willie Meighan’s final gig, in an inexcusably cold St Mary’s Cathedral last Thursday morning, was pitch-perfect.
Like an opening guitar line from Johnny Marr for Morrissey to run with and embellish and wave a bunch of gladioli around to. Like a ball from Arnold Muhren slipped through the eye of a needle for John Wark, steaming forward from midfield, to latch onto and bang home during the height of Ipswich Town’s flowering in the early 1980s.
The atmosphere: emotional without being emotive. The tone: poignant, respectful, loving, but never threatening to descend into mawkishness – which the man himself would have hated, of course. The music: touching and appropriate without being overdone. There was even a blast of Crawl Babies, for whom Willie was a diligent if not quite stellar bassist, playing that venue of legends, the Red Lion in Vicar Street, in August 1988. They received far more applause on Thursday from the congregation than they ever did from audiences of their own during their brief existence. If only he’d known. I can hear his laughter now.
Malcolm Noonan’s eulogy was nothing less than a work of art. You thought JFK’s inauguration speech was a masterpiece? Pah.
Malcolm touched so many bases that to repeat his words, never mind to try and improve on them, would be idle. But a couple of additional points are worth making nonetheless.
Willie was part of Kilkenny - one of the fixed points of the city, almost as inevitable and immovable as the castle – and part of what makes Kilkenny the place it is. Naturally his musical taste was close to impeccable, give or take his deplorable animus towards Led Zeppelin. And he had solid friendships with more attractive women than perhaps any man in history and was admired and loved by them in return.
Along the way he demonstrated that one can leave a mark on the lives of others not by doing extraordinary things but by simple dint of being a decent and thoughtful person. Here’s a tale that didn’t make the now-famous Facebook thread.
It came privately from a chap who many years ago did a stint behind the bar in a Kilkenny pub. He was young and inexperienced and not quite sure of what he was at. “One particular night things happened to get heated and I ended up cornered behind the bar on my own with more than a few angry locals. I remember Willie’s face coming through them all to ask me, “Do you want me to get security?” I had already forcibly removed one over-enthusiastic punter and I was a bit out of my depth. I never got the chance to thank Willlie.”
The Facebook thread requested “any happy stories of times or memories we’ve shared”. To say Willie was metaphorically bowled over in the rush would be an understatement. It was glorious to behold but also slightly chastening. Imagine if any of the rest of us had tried it. Oh dear. “I do not think that they will sing for me” indeed.
There were so many epic responses that it was impossible to pick a winner. Sheila Tuohy must have gone close, though. “I said to my Ma years ago, after one of your particularly eloquent posts imploring us all to mind each other: ‘If Willie Meighan started a religion, I’d sign up!’”

Bottom of Form
My own little contribution to the thread, for what it’s worth, went as follows. For years I’ve been popping in to Rollercoaster most days of the week around 5pm, having coffeed in the Yard. You knew Willie would be there and you knew you’d treated with sarcasm or mock-disdain, or occasionally even just plain ignored. And that was fine. That was great. That was absolutely and totally comforting. Consistency, and mock-grouchiness, in a world gone mad.
Rollercoaster attracted both the obscure and the famous. Dave Grohl of Nirvana and Foo Fighters. Cait O’Riordan of the Pogues. The playwright Martin McDonagh. Danny Kelly, the former editor of NME and one of Willie’s heroes, who followed his illness on Twitter and acknowledged the “horrible news” last week. Eddie Keher, buying vinyl. Brian Cody never passed through the hallowed portals but Elsie did, purchasing Springsteen and Neil Young on his behalf.
Willie was grateful to Brian for another reason. Kilkenny did the three in a row at the same time as the recession detonated.
That Christmas the three in a row DVD sold like hot cakes, to such an extent it allowed Rollercoaster to remain afloat. A few years later, when customers began buying two items rather than one item at Christmas, our man decided that the economy had bottomed out.
Willie showed us how to live and he showed us how to die. In the closing weeks of his life he got engaged to Aisling and then married her. How unutterably romantic is that? One lady of my acquaintance, who knew him tangentially, burst into tears on hearing the news. It turned out she was only one of many.
Another lady, a member of his outer circle rather than his inner circle, said she couldn’t stop crying on Tuesday and Wednesday. “It must be linked to memories of old and a time gone by, when I started going out in Kilkenny and he was always there at gigs, a coming of age period in my life that Willie was intrinsically linked to somehow.”
And now, as Michael Stipe might have said, consider this. If Willie was that much loved and admired by the people who knew him reasonably well, how wonderful must he have been as a son, a brother, an uncle and, latterly, a boyfriend and husband?
The rancid unfairness of it all, the wretchedly arbitrary nature, will continue to sting, across the city and beyond. Philly Lawlor put it nicely. “We knew he wasn’t well, but you kind of just assumed that the treatment would make him better and everything would be alright in the end.”
No slight on any of our elected representatives, but had Kilkenny lost one of its politicians prematurely last week, after the immediate emotional concussion the place would have wagged on much as it did before. Not so with Willie.
The Roots festival will not be the same without him. Kieran Street will not be the same without him. The city will not be the same without him. Some of us will never see another Ipswich Town result without thinking of him.
But he will live on, steadfast and loved and ever-present, in the hearts of everyone who knew him, and as long as he does Willie Meighan’s light will never, ever go out.
The pleasure, the privilege, was all ours.