A tasty 99 for Kilkenny this Christmas 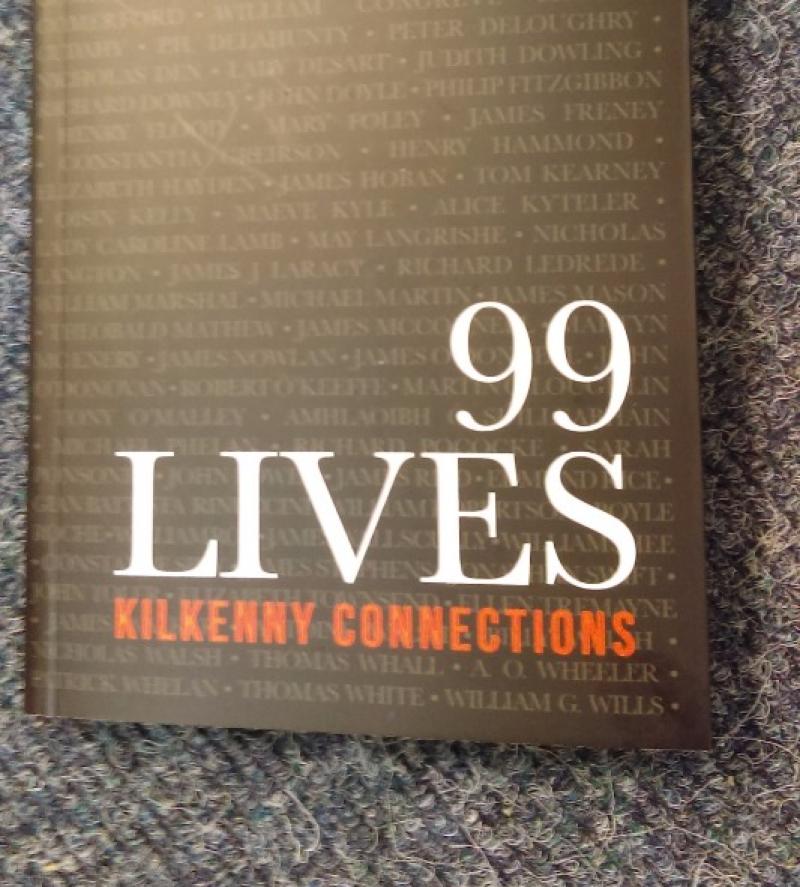 Sometimes, not often, you come across a fascinating book.
99 Lives, Kilkenny Connections, explores the lives of 99 Kilkenny people, many of whom you will not have heard of but who led hugely interesting lives.
There's Billy Walsh from Walkin Street who, after a tough beginning in a pub on Walkin Street and surviving world war II, became one of the leading polo pony trainers in England and in 1985 before he died was presented with a bronze statuette of a polo player and pony by Queen Elizabeth II.
He died in 1992 and in 2007, he was posthumously awarded a lifetime achievement award in the Audi Polo awards.
James Dr McConnell ended up a teacher in Eton and wrote novels, which were very well received in the 1930s and sold well.
Under the name Douglas Rutherford, he became a household name in England.
His life which started on Parliament Street included serving with the British Army in World War II and with counter intelligence.
This fascinating new book has also proven that the author of the Sherlock Holmes books is of Kilkenny extraction.
Arthur Conan Doyle's grandmother was from Kilkenny city.
Her name was Mrs Mary Foley (1837-1920).
And Conan Doyle's mother, also named Mary lived on James's Street, Kilkenny as a very young child before her mother, a widow, was forced to flee to Scotland in 1847.
This was after she had been disinherited by her protestant family who had been 'repulsed' after she had married a catholic who died suddenly of a heart attack leaving Mary to fend for herself and her young family.
She set up a school for governesses in Edinburgh and also took lodgers. One of those was Charles Doyle, who later married Mary's eldest daughter, also named Mary; the mother of Arthur Conan Doyle.

There are many fantastic nuggets of information in this book.
It is something that you could leave down and pick up again.
I will leave you with one of my favourite personalities from the book.
Martin O'Loughlin from Castlewarren left Kilkenny penniless and through good luck and an uncanny knack of locating gold mines , made a fortune in Australia where in 1885, he owned the horse that won the Melbourne Cup.