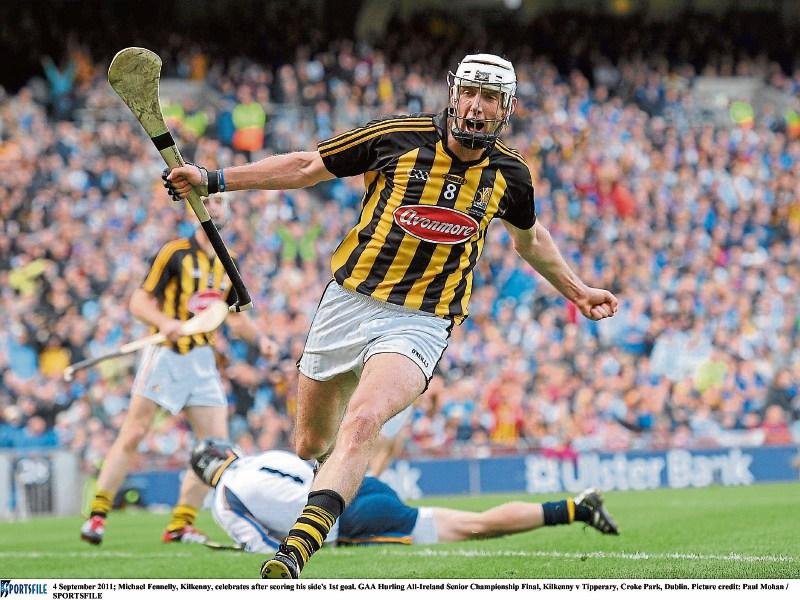 Former hurler of the year and Kilkenny legend, Michael Fennelly has announced his retirement from inter-county hurling.

The 32-year-old never recovered fully from rupturing his achilles tendon in the All Ireland semi-final replay of 2016 against Waterford.

Fennelly was a late substitute when captaining the county to victory over Tipperary to secure the four-in-a-row in 2009, but subsequently established himself as a key part of Brian Cody's side.

The towering Ballyhale Shamrocks man won three All Star awards at midfield but also featured in the half-forward line and was named Hurler of the Year in 2011.

"I have mentioned on a few occasions in the past "how your mind can get your body to go to certain places" but I feel my body has surpassed its limits at this time," he said.

"I am very grateful to have had a fruitful 12-year tenure with Kilkenny and had the pleasure to have played with and against some of the best hurlers in the country and I owe a lot of credit to the management team over the years of Brian Cody, Mick Dempsey, Derek Lyng, James McGarry and Martin Fogarty.

"Without their understanding and patience, I would not have been in a position to continue playing for Kilkenny during some very challenging injuries and the medical team have also been at the heart of my rehabilitation and pre-habilitation training. I owe them a debt of gratitude.

"Thank you to all the Kilkenny supporters from near and far for their support and kind words in the last decade and their unwavering support helped us to get us over the line in many last-minute deciders. My employers Limerick Institute of Technology (LIT) also deserve huge gratitude for their continued support, particularly after I ruptured my Achilles tendon last year.

"My family have been with me since this journey started with Kilkenny in 2006. Those first few years in the black and amber were up and down for myself and captaining Kilkenny to All-Ireland victory in 2009 was a particularly challenging year on a personal level.

"My family have been through the highs and lows and no doubt they lived every second of the games that both my brother Colin and I played with their hearts in their mouths. Hopefully those years were as ecstatic for them as they were for me.

"My hurling career began at an early age with Ballyhale Shamrocks and I would like to thank all those mentors who took time to coach, influence and challenge me from childhood all the way through to the senior team.

"I would like to wish new captain Cillian Buckley and the Kilkenny team all the very best for 2018. I will be watching with anticipation and no doubt you will represent Kilkenny with pride as always.

"Lastly, I’m looking forward to spending my spare time with my new wife Lesley as the next chapter of our lives unfolds.

"Life is all about the journey - enjoy it."