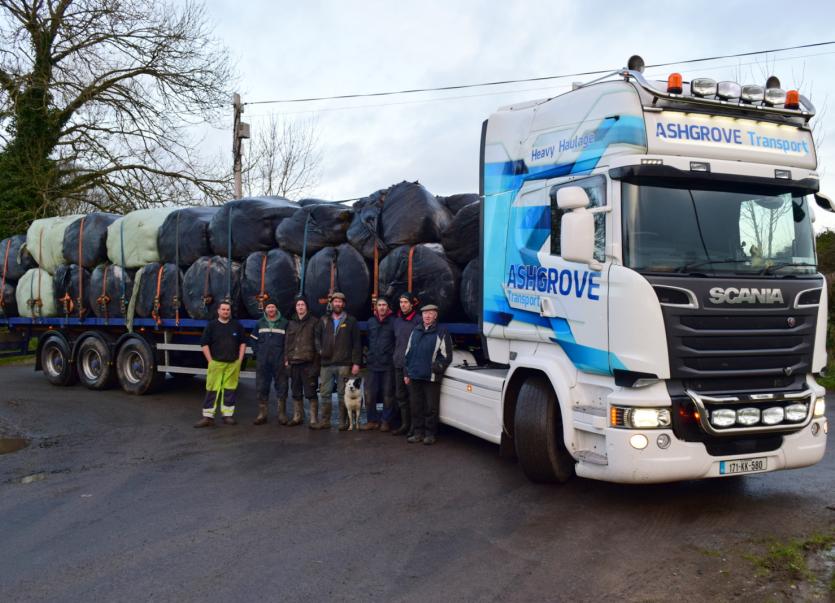 Kilkenny farmers have donated thousands of euros worth of fodder to their 'brothers' in the west of Ireland.

On Monday, a large truck load of free fodder left Mooncoin for Blacklion in Cavan and this evening (Wednesday) a second truck will depart for the county.

One of the main organisers of the initiative is Richie Dermody, chairman of the Irish Farmers' Association (IFA) in Mooncoin who said that farmers in south Kilkenny were conscious of what those in the west of Ireland were going through and added that it was important to show solidarity with them in their time of need.

"We think we have it hard down here with bad weather but up there farmers were telling me they haven't had two completely dry days together since the start of last summer," Mr Dermody said.