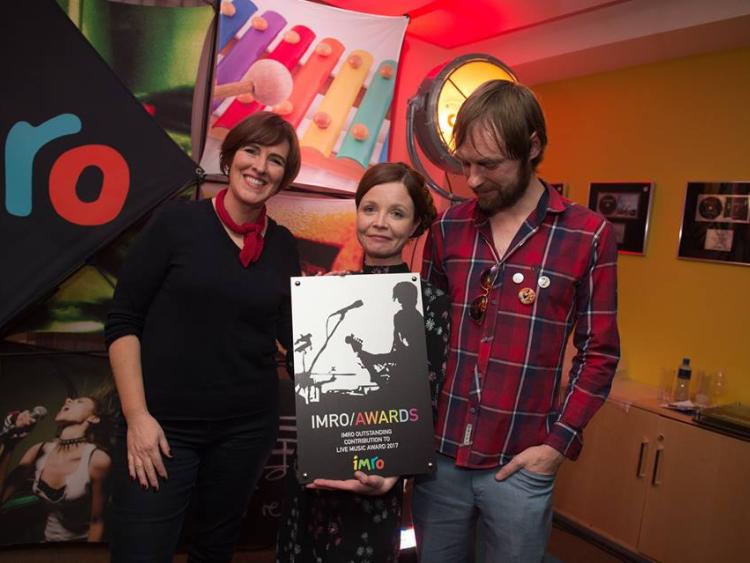 The late Willie Meighan from Kilkenny city was recognised last night by the Irish music fraternity.

He was posthumously awarded the The IMRO Outstanding Contribution to Live Music accolade at the national awards in Dublin.

The former proprietor of Rollercoaster Records on Kieran Street, Kilkenny and music promoter passed away in November last year after a long battle with cancer at 48 years of age.

Willie’s beloved wife Aisling and Willie’s family members as well his comrade in arms at Rollercoaster, Davy holland were at the ceremony to accept this special Award.