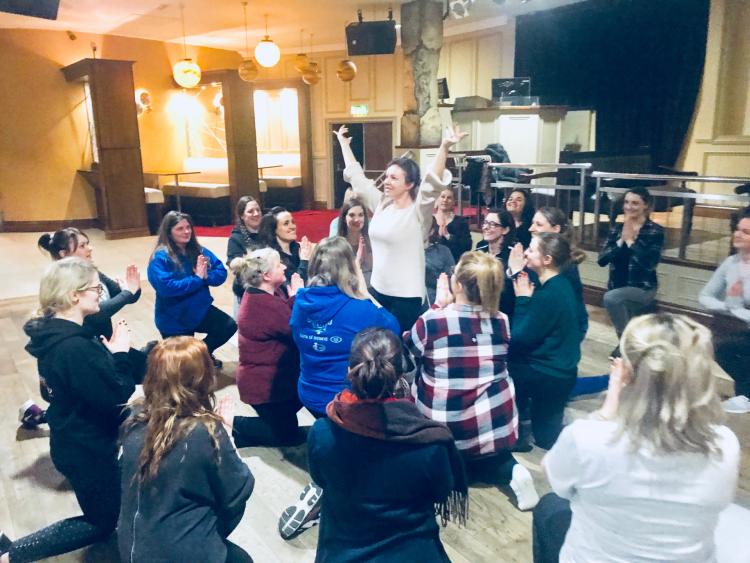 The Multi Award winning Kilkenny Musical Society take to the Watergate stage next month for one of the most eagerly anticipated productions of the year.
Sister Act, the musical based on the smash hit movie, is the Society’s show choice for 2018 and will run from April 8th to 14th at The Watergate Theatre.
In the lead role of Delores Van Cartier, famously depicted by Whoopi Goldberg in the iconic movie is seasoned performer Carol Knox.
Having spent over 20 years fronting disco, rock and soul bands, Carol’s vibrancy and power on stage is sure to wow Kilkenny audiences.
The role of Mother Superior is in the supremely capable hands of ‘Comer girl Sarah Brennan.
Lucille Frank
Fresh from her nomination in the Best Actress category at last year’s national awards for her role as Lucille Frank in Parade in 2017, Sarah brings a wealth of acting and vocal experience to this stellar line-up of performers.
Fellow Kilkenny girl Amy Mulholland, granddaughter of local hurling legend Phil “Fan” Larkin, is set to shine in the role of shy but enormously talented Sister Mary Robert while Edwina Cummins is sure to earn many a belly laugh with her fantastic portrayal of Sister Mary Patrick. Another local Kilkenny girl, Marian Gaffney, takes on her first role with the Society as Sister Mary Lazarus.
Other notable additions to this impressive cast line-up include Carlow local David Doyle as bad boy Curtis.
David moved Kilkenny audiences with his portrayal of Frankie in the Society’s 2017 production of Parade and as another enormously experienced performer is guaranteed to shine in this year’s production.
Having previously played Harry Boland in the award winning Michael Collins in 2014, Eoghan Fingleton returns to the Sister Act line-up as Eddie, the nervous but endearing police officer out to protect Delores at all cost.
Newcomer but regular Tipperary performer Cathal O’Donoghue takes on the role of the Monsignor. Other cast members well known for their regular performances in leading roles with the Society include Nicola Brennan, Maeve Tierney, Dee Gibney, Kevin Reade, Laura McCarthy, Aidan O’Dwyer and Trevor O’Neill.