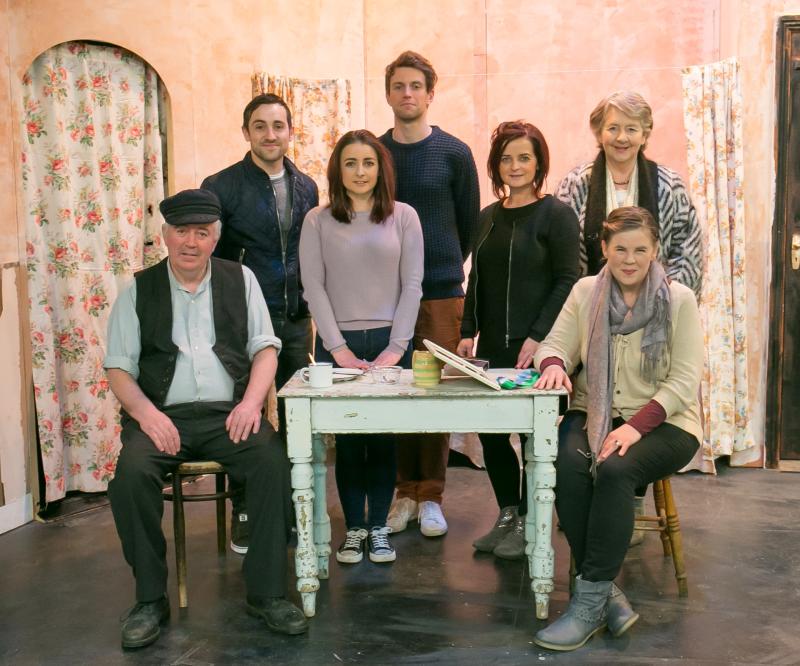 Kilcumney Players, Goresbridge will present one of the great plays, Juno And The Paycock by Sean O’Casey in Ionad Dara, Goresbridge on Thursday, March 22; Friday, March 23 and Saturday, March 24 at 8.30pm each night.

One of Ireland's greatest theatrical works, it was first staged at the Abbey Theatre in Dublin in 1924 and was immediately a huge success.
It is set in the working class tenements of Dublin in the early 1920s, during the Irish Civil War period.
It contains memorable lines which have become part of Dublin life.
One in particular stands out and is the the last line of the play, delivered by Captain Boyle: "Th’ whole worl’s in a terrible state o' chassis.”
They cast has been practicing for months and it is not just the cast, it is the producer, the stage manager, wardrobe, those who make the set, the person that looks after the refreshments, sound, music, lighting, sponsorship and programme.
The play revolves around Jack Boyle and his old friend Joxer Daly, two Dublin tenement dwellers who put more work into avoiding work than most do in securing it.
Boyle is a fantasist who's styled himself a captain of the high seas and he regales his crafty companion with maritime tales; herein lies the comedy.
Jack’s wife, Juno is the breadwinner and moral powerhouse, but she can't stop her life unravelling as she's surrounded by a family which doesn't deserve her.
Johnny, her son, is a moral weakling who has betrayed a Republican comrade.
Her daughter, Mary is vain and a poor judge of male character. Therein lies the tragedy.