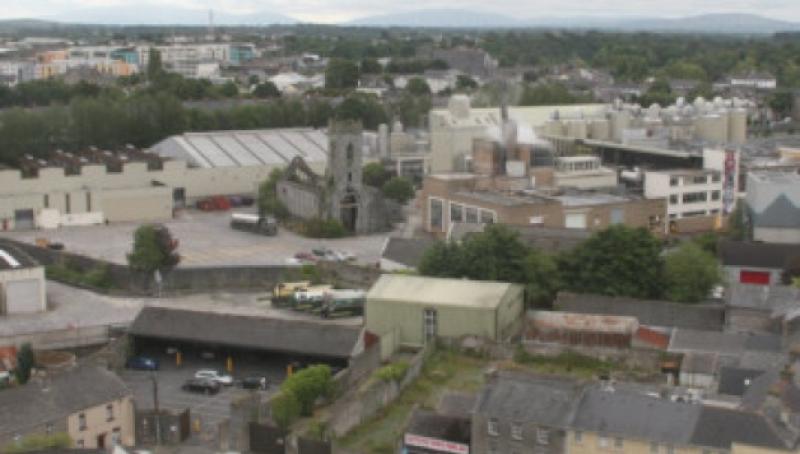 The site when it was still in use as a brewery Photo: Eoin Hennessy

A majority decision of Kilkenny County Council to make provisions in the City Development Plan that would allow temporary coach and car parking on the brewery site has been described as ‘regrettable’ by Green Party Cllr Malcolm Noonan.

Cllr Noonan was the only member of Kilkenny County Council to vote against the variation of the City and Environs Development Plan that would allow for temporary use of the Northern end of the site for car and coach parking.

Speaking following the March monthly meeting of the local authority, Cllr Noonan said that he was "baffled" by the initiative and said that it would "not only undermine the viability of existing private car parks in the city but also local authority revenue from on street parking which he claimed was vital to the upkeep of the town centre".

"Members disregarded the fact that there is significant under occupancy of existing car parks in the city, the fact that Market Cross Shopping Centre is struggling to stay viable and the opportunities that exist in other unused spaces such as the HSE Community Care car park in Kickham Street; which is two minutes from the City centre and is empty at evenings and weekends,"said Cllr Noonan.

"All of the anecdotal evidence that I am hearing is that traffic has increased on all ancillary routes to KCAS, particularly on the Granges Road where two of the City’s largest schools are located.

"So here we have a local authority charged with the responsibility of reducing emissions from transport under our National Climate Strategy, responsible for improving air quality in the urban area and now actively trying to attract even more cars and coaches into the town centre, with all the danger that poses for pedestrians and cyclists," he said.

Cllr Noonan said that he could not get a response at the meeting on a possible pricing regime or how that might affect the viability of other car parks in the city.

"Most of all this is an incredible waste of a prime city centre site; what does ‘temporary’ mean in this context, particularly if the commercial element of the site does not take off?"

He also said that significant investment had been made in the Medieval Mile project to get visitors to walk from the castle to other visitor attractions such as St Canice’s Cathedral and Rothe House.

Most of all he said this is "concerning at at a time when many city centre business and shops are "really struggling".

"At a time when most European towns and cities are responding in creative and imaginative ways to the challenges that urban centres face, we are responding with outdated road engineering projects that started with the folly of KCAS and now will see yet another car park in the town centre. It is regressive and regrettable," added Cllr Noonan.