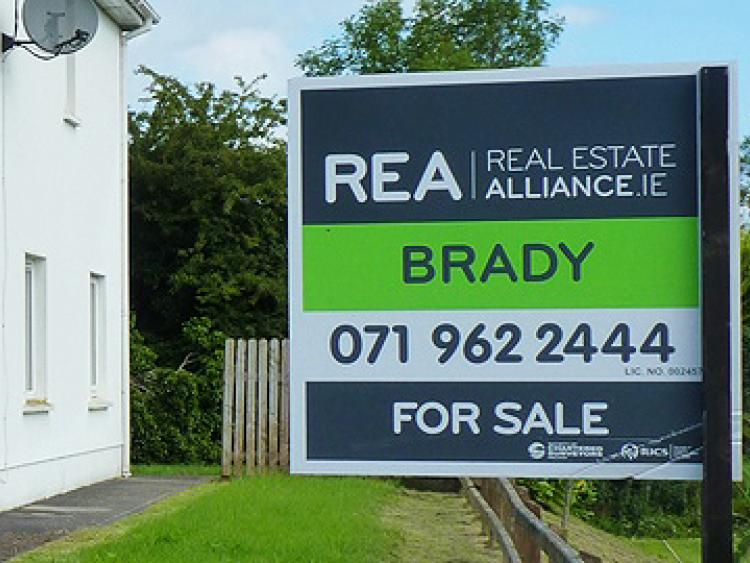 The price of the average three-bed semi in Kilkenny rose by 13.2% to €206,500 in the last 12 months, according to a national survey carried out by Real Estate Alliance.

And after prices increased by 1.5% across the county in the first three months of the year, local agents now report increased activity in the market.

The REA Average House Price Survey concentrates on the actual sale price of Ireland's typical stock home, the three-bed semi, giving an up-to-date picture of the property market in towns and cities countrywide to the close of last week.

“Lots of parents are becoming involved in transactions, some providing up to 50% of the purchase price,” said Michael Boyd of REA Boyd’s, Kilkenny City, where the average price has risen by 2.5% to an average of €248,000 in the first three months of the year.

“The last three months have been static but we have started to see improved activity in the first weeks of March,” said Robbie Grace of REA Grace, Callan.

However, some buyers are still having difficulty getting mortgages, he added.

Overall, the average house price across the country rose by 9.1% over the past 12 months – indicating that the market is steadying after the 11.3% overall rise in 2017.

The rate of increase in three-bed semi-detached home prices in Dublin slowed to just 0.5% in the first three months of the year.

The rate of increase in three-bed semi-detached home prices in Dublin has now slowed to 2% over the past six months, compared to an increase of 4.5% in the opening three months of 2017.

“The Dublin market has become quite price sensitive, even though we are seeing healthy demand and good liquidity with plenty of mortgage lending,” said REA spokesperson Barry McDonald.

“What we may be seeing, after the rapid increases of recent years, are the Central Bank mortgage lending restrictions imposing an upper level on purchasing power for some buyers.

“We are experiencing strong demand across the board, and homes are reaching sale agreed in just five weeks across the country – which is good news for both buyers and vendors.

The commuter counties continued their recent steady growth with a 1.4% increase in Q1, with the average house now selling for €235,900 – a rise of €3,000 in the first three months of the year.

The country’s major cities outside Dublin recorded a combined Q1 rise of 2.1%, with an average three-bed semi costing €243,750.

The highest increases were seen in the rest of the country’s towns, which experienced a 2.9% rise in Q1 to an average of €150,050.