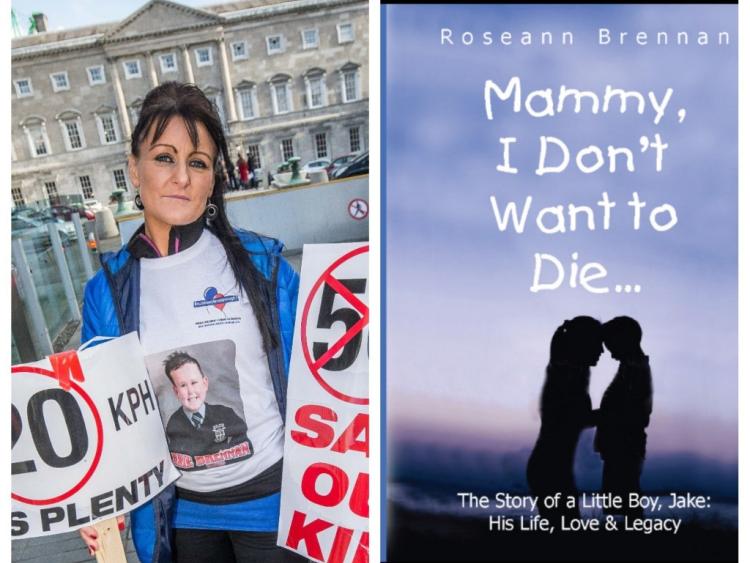 The heartbroken mother of the late Jake Brennan has penned a new book on the horrific tragedy and its aftermath, which is to be launched later this month.

Roseann Brennan’s little boy Jake was killed when he was hit by a car in the Lintown housing estate in Kilkenny City in June 2014. The book’s title, ‘Mammy, I don’t Want To Die’, is based on the last words she heard her son say.

It tells the story of Jake’s life, his legacy, and his family’s efforts to come to terms with what happened. Following the tragedy, Roseann started ‘Jake’s Legacy’ — a campaign calling for lower speed limits  in residential areas. New speed limits and signage were brought in on foot of the campaign’s work.

In the book, Roseann describes her battle with depression, self harm  and, at one point, her admission to a psychiatric ward. She details the painful breakup of her relationship, and dealing with the darkest of days.

Guest speaker at the launch will be Kilkenny’s hurling legend Henry Shefflin, while there will be speeches also from Sinn Fein party leader Mary Lou MacDonald, local councillor Andrew McGuinness, and others. There will also be a special performance from Kilkenny’s Soulful Spirit Choir and Laura Ramsbottom.

It took six months to write the book, and Roseann found it a deeply personal experience.

“I was determined to have Jake’s memory  and that story told,” she said.

“I was worried I was going to forget Jake.”

Roseann overdosed at one stage as she tried to come to terms with her grief, waking up in hospital.

The book launch will take place in Langton’s House Hotel on April 18 at 7pm. Everyone is welcome to attend and there is no entry charge.