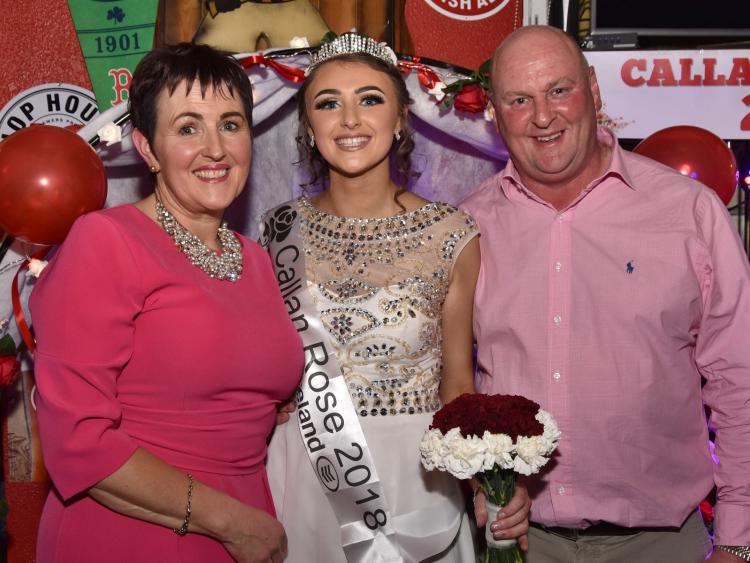 There were scenes of delight at Steppes Bar in Callan on Saturday night as local girl Laura Foley was crowned the Rose of Callan 2018.

Her proud parents, Mary and Pat, along with other family, friends and supporters, cheered on as she took on the mantle from last year’s champion Jorja McGuirk. Laura was presented with her sash, a cash prize, jewellery, flowers and beauty vouchers.

A former student of St Brigid’s College in Callan, Laura’s sponsor for the competition was Callan Co-op, which runs the local shop where she works.

The Callan Rose competition was officially launched in Mickey’s Bar earlier this month. On Saturday, things got under way with a procession from the Steppes bar to Mount Carmel Support Care Home to visit the residents.

The group then returned to Steppes Bar where the competition took place, with George Candler as MC. Competition organiser Carmel Wall told the Kilkenny People that the event had gone smoothly.

For all the pictures, see tomorrow's Kilkenny People.