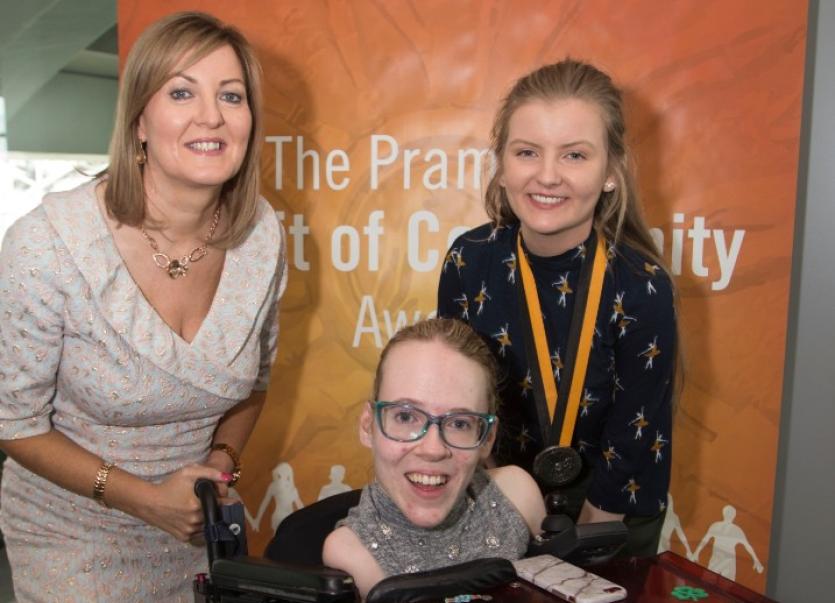 Sixth-year student at Loreto Secondary School Anna Phelan was recently selected from hundreds of youth volunteers and recognised for the exemplary work she carries out in her local community at the 2018 Pramerica Spirit of Community Awards Ceremony, held at the Aviva Stadium in Dublin.

The only all-Ireland youth initiative of its kind, which is run in partnership with The National Association of Principals and Deputy Principals (NAPD) and The General Teaching Council for Northern Ireland (GTCNI), recognises young people for exemplary acts of volunteering in their local communities.

Anna is a Student Leader Ambassador for mental health awareness charity Cycle Against Suicide. Her involvement with the charity has changed her life.

Her passion for spreading the message ‘it’s okay not to feel okay’ has involved organising a committee group within her school and last year, Loreto Secondary School, Kilkenny was picked as an anchor school for the charity’s annual cycle.

As well as her work with Cycle Against Suicide, Anna also completed her Saint John Paul II Silver Award through volunteering with Archersrath Nursing Home where both her grandparents lived before passing away. Anna has also given speeches to her school sharing her experiences on mental health, women’s rights and her Transition Year experience.

The two All-Ireland Youth Volunteers of the Year named at the event were Daniella Timperley from Randalstown in Antrim and Niall Gossan from Rush in Dublin.

“These awards are designed to shine a light on the commitment and dedication of young people in today’s society who give their free time to not only helping others but making their local communities a better place to live,” said Andrea McBride, vice president, Pramerica Systems Ireland.

“All our 2018 finalists carry out exceptional volunteer work with the ultimate goal of making the lives better of those less fortunate than themselves. It’s great to see their achievements being recognised, and I look forward to hearing about their continued good work in the years ahead.”