Frustration as Patrick Street in Kilkenny to be 'dug up' again 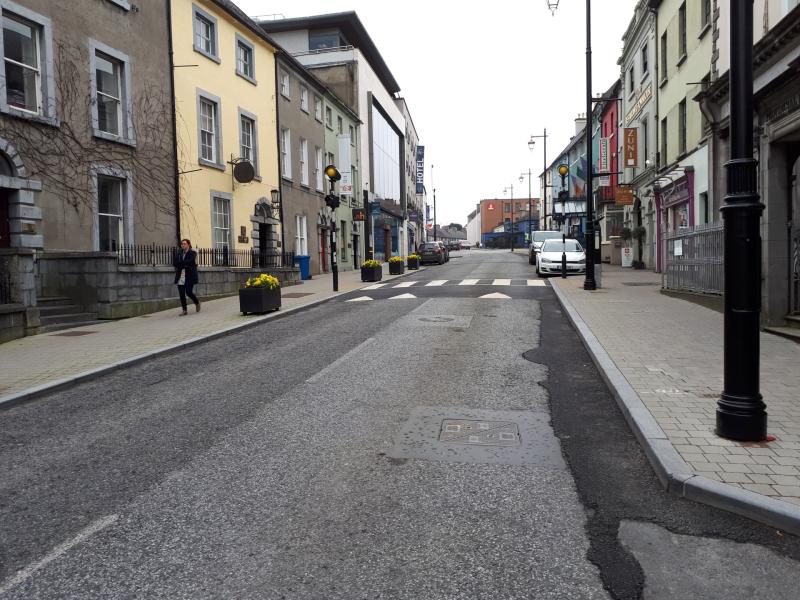 A local councillor has expressed concern that Patrick Street in Kilkenny City is to be dug up once again as tourist season picks up — this time to facilitate Irish Water works.

The scheme aims to upgrade the water mains network in the city, and will see almost 500 of old and damaged cast iron water mains replaced, as well as the removal of lead and problem pipes. It’s due to get under way this week, however, it will involve some disruption and a traffic lane closure.

It comes little more than a year after a project to undeground ESB services and install lighting also caused traffic restrictions and inconvenience. While welcoming upgrades, Cllr Pat McKee has criticised the timing of the works and the amount of notice given - which he says was just two weeks.

"Notwithstanding the obvious communications failing, Patrick Street has seen significant works in the recent past and it is unbelievable to think that here we are, facing into the main tourist season after a very long winter, and once again the street is going to be dug up," he said.

"This will effect business and something will need to be done in terms of an emergency commercial rates rebate scheme or some other compensatory initiative. These business pay significant commercial rates, employee many hundreds of local people and don’t need this disruption.

"Whilst we all accept that upgrading works need to be done, it’s the timing and the communications failure that have created such difficulties for those who will be impacted.”