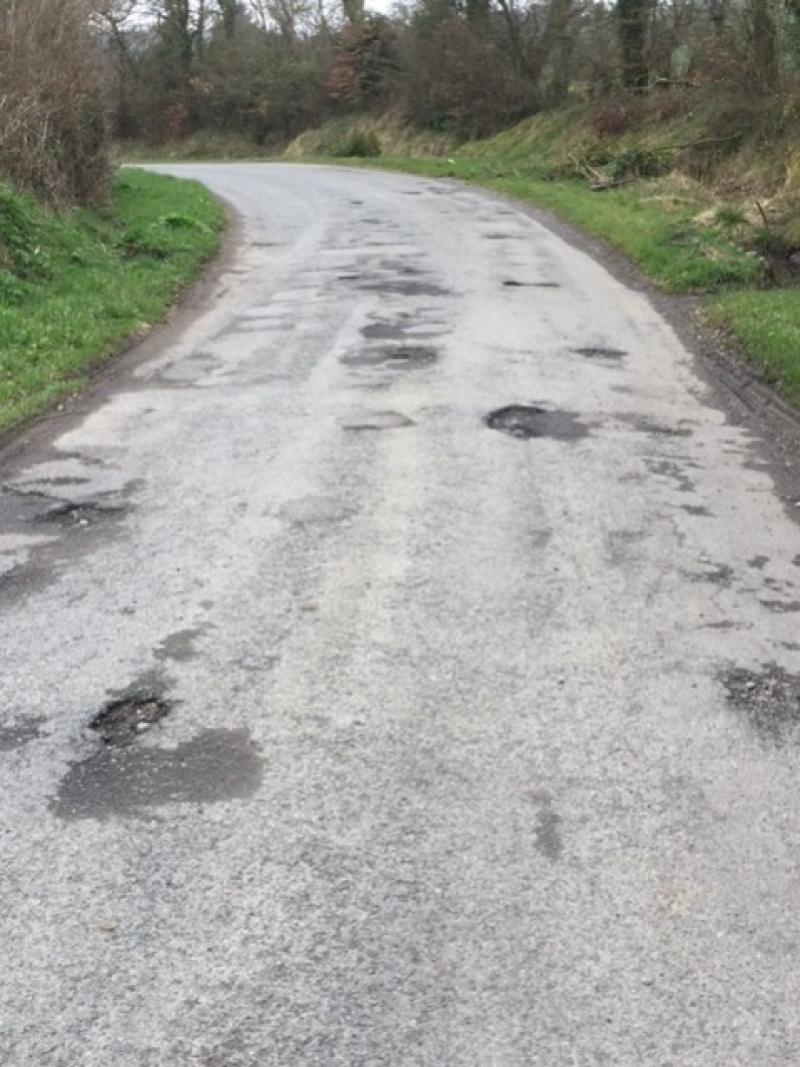 It’s a perennial problem for local authorities; the condition of the roads. It’s an issue that draws the ire of residents right across Kilkenny.

There’s nothing worse than that visceral and physical wincing of smashing your car into a pothole at high speed.

It’s as if you yourself have felt the full impact the tyre did. Cars are expensive to run and even more expensive if you’ve to get a flat tyre mended because you’ve gone into one of these cavities on Kilkenny roads.

In my case, I had to buy a whole new tyre. There was no warning, I didn’t see the pothole. A stealth pothole; a ninja pothole.

Unbeknownst to me, I’d lined my front left wheel up perfectly with a behemoth of a cavity on the road into work.

I shuddered as if my own body had been driven into the pothole at 100km/h. I thought I might have gotten away with it until I came back to my car that evening to find the front left wheel on the rim.

Only for the help of a passing stranger, I’d never have gotten the tyre changed. A 29-year-old man, who struggled to change a tyre. In my defence, I was wearing shoes that were the equivalent of a pair of slippers.

Anyway, €68 later the problem was remedied, a new tyre was paid for.

It’s no surprise that potholes are epidemic in Kilkenny at present, it’s an issue for every county given the impact of the Beast from the East, Storm Emma and the wettest March here in 22 years.

Weather is a major trauma to the roads and extreme weather events in particular can leave them in dire condition.

To be fair, Kilkenny County Council do all they can to carry out the repairs as quickly as possible and as effectively as possible.

It’s important however, that there is a longevity to the repairs.

The Council’s pothole patcher headed out last week to carry out works on the roads. The county does boast one of the highest quality roads network in the country.

But as one person correctly commented on the Kilkenny People’s Facebook page, patching works can be easily undone.

A few heavy showers or a heavy frost and the patch will come out, as was the case on the Paulstown Road, with one of the potholes pictured above.

The series of micro-potholes on the R712 have since been filled in, not for the first time.

There are several thousand kilometres of road in Kilkenny and it’s roughly 100kms end to end. That’s a lot of road to cover.

The Council, for the most part, are reliant on local residents to bring potholes to their attention, particularly on the rural road networks.

Controlling the epidemic is in your hands too, particularly for those living in rural areas.

I recently had issues with the road outside my house. There were a litany of potholes across a two kilometre stretch of road.

My partner contacted our local authority - albeit it was wasn’t Kilkenny County Council - and the series of cavities were filled in immediately.

They will always ensure to remedy the problem as quickly as is plausible within the Council’s resource capabilities and budget.

The R712 potholes were filled in within 24 hours of them being notified of their presence.

If you notice a pothole on a road near you, be sure to contact the local authority.