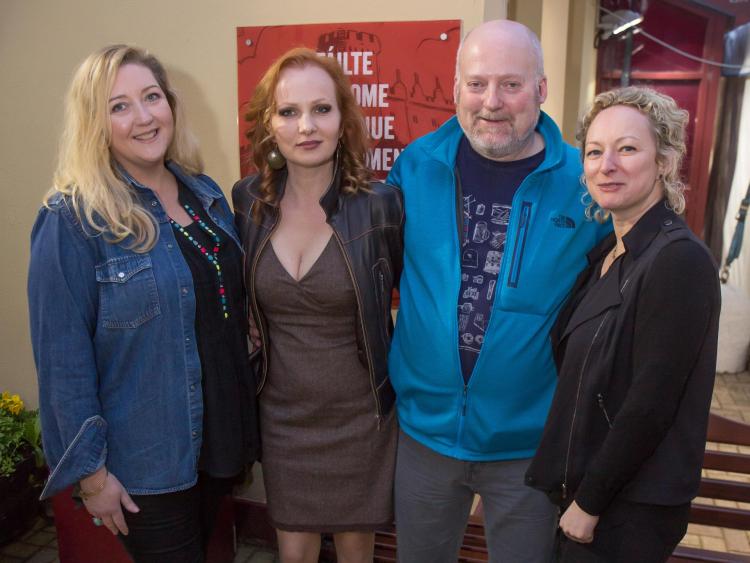 When introducing the Wexford twins, Brandon and Ashley Watson, of The Ocelots at the launch of the Smithwick’s Kilkenny Roots Festival, organiser, John Cleere told the audience that they would be celebrating their 21st birthday during the festival this year.
“It makes us all feel a bit old, but it is great to see talented younger artists carrying on the Roots music tradition” he said.
“They are just one of a range of exciting new bands we have programmed on the free Smithwick’s Music Trail,” he added.
The festival is on track to be a big success, with nine shows already sold out.
Bookings are coming in from all over Ireland, the UK, mainland Europe and the USA.
Tickets are on sale through Rollercoaster Records and online at www.kilkennyroots.com.
Brendan Treacy spoke on behalf of Kilkenny City Vintners, who were behind the launch of the festival in 1998 and thanked the sponsors and audiences for their continued support over the years.
Aidan Maher of Diageo emphasised the commitment of the company to the continued success of Roots under the Smithwick’s brand.