Can solar farms provide a bright future for Kilkenny farmers? 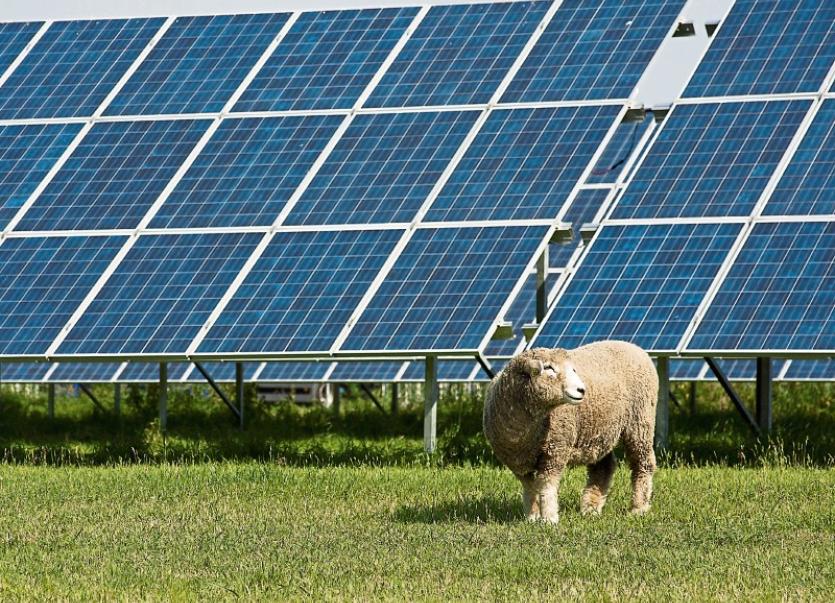 Planning has been granted for two major solar farms in Ballyragget, Co Kilkenny

Solar energy could replace traditional farm enterprises over the next decade. As a cash crop it seems way more profitable, manageable and hassle-free than milk, tillage or cattle with very little maintenance or work over a 20/30 year period.
That might seem like a big statement but with farmers increasingly looking at lifestyle choices and at diversification, they might be prefer to get a rent of between €800 and €1,600 per acre, every year for a solar farm rather than go milking seven days a week or put up with the trauma of cattle prices or keeping a flock of sheep.
Technically, a lot of the country could be run on solar farms based around Cork, Waterford Wexford and Kilkenny but there is no way the ESB will allow rural dwellers to take business away from them while Eirgrid, another arm of the State which controls what solar farm get connected to the national grid to sell their electricity are unlikely to upset the ESB.
In the next few weeks, the Renewable Electricity Support Scheme (RESS) will be rolled out to decrease our dependence on foreign fossil fuels through the continued development of indigenous renewable energy.
This will be a blueprint for future wind farms, solar farms, anaerobic digesters or other renewable energy sources.
It has to be remembered that a balance has to be struck and that thousands of solar farms cannot be allowed straight away because it will have a huge impact on other sources of electricity and no one knows what the impact will be.
To support the delivery of this ambition, the new RESS is being designed to contribute to Ireland’s 2020 renewable electricity targets and to deliver Ireland's renewable energy ambitions out to 2030.
A few weeks ago, a planning application for a 100 acre solar farm outside Ballyragget was granted planning permission by Kilkenny County Council.
It is one of a growing number of large scale operations for ground mounted panels as farmers wake up to the revenue potential of solar energy.
Another solar farm also in Ballyragget consisting of 50,000 sq metres of mounted solar panels was granted planning last June.
With little or no environmental concerns yet compared to wind turbines and with a return of well over €1,000 per acre for the 20/30 year life of the solar farm, it looks, on paper, like a sound investment for farmers.
However, it is not that simple and with difficulties with getting these solar farms connected to the national grid and a lack of government incentives, it is unsure if the potential will be realised.
What looks like happening is that large scale companies will go for the larger solar farms from 20 to 200 acres in size, rather than what is needed; smaller, community-based solar powered schemes to help generate electricity for small villages and groups of houses in country areas.
Solar Panels
Again there are no incentives and the Irish Farmers Association (IFA) has realised this and is now backing solar panels on the roofs of farm houses as the possible way forward .
A reasoned voice in all this is Michael McCarthy of the Irish Solar Energy Association (ISEA).
He compares where solar power is now to where mobile phones were in the early 1990s.
He is convinced that with the right conditions, solar power could be huge to power the country and meet our climate targets under Irish legislation and EU directives.
At the moment there are no grants for solar farms but in the last budget there are tax incentives and in June, it is expected that a new grant scheme for the entire country will be rolled out for roof top solar photovoltaic (PV) panels which are dependent on daylight and not sunlight.