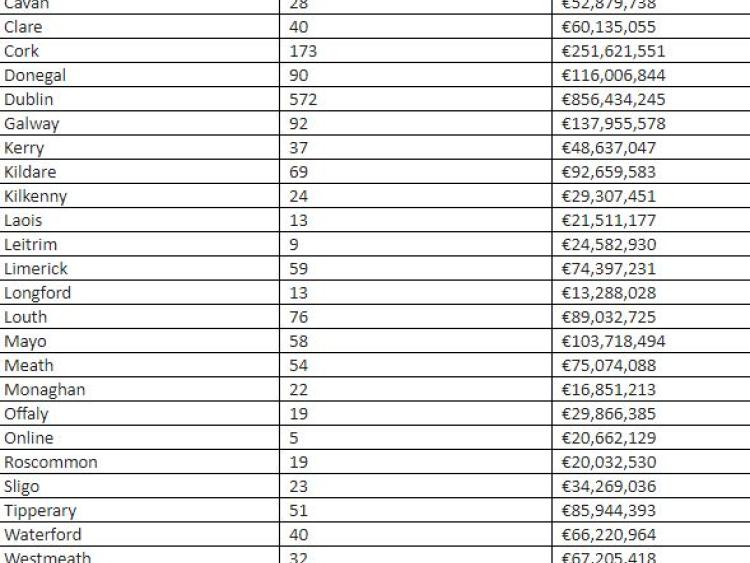 Kilkenny is languishing in 20th place in the National Lottery's Lotto league table. To date, Kilkenny Lotto players have won €29,307,451, putting the county in 20th place out of 26 counties in the 1,740 draws that have taken place.

However, Carlow which is a third smaller than Kilkenny and has a smaller population has won over a third more than us with €43,670,824. Arch rivals Tipperary (almost twice as big as Kilkenny geographically) has won €85,944,393, well over twice as much as us.