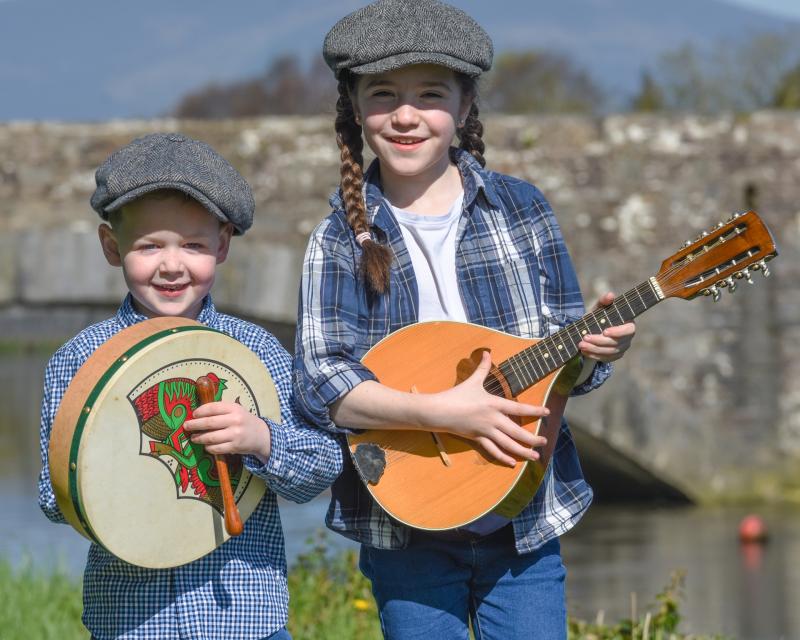 The Clancy Brothers Festival has a stellar line up of top folk music, drama, art and family fun for the June Bank Holiday in Carrick-on-Suir.
The festival is now just around the corner and booking for ticketed events opens on Tuesday May 2.
The Brewery Lane Theatre is hosting a series of concerts from Wednesday to Friday during the festival. The Clancy Festival Opening Concert is on Wednesday May 30 and features the best of local talent, (tickets €12.50).
Thursday night, May 31, sees Finbarr Clancy, Dónal Clancy, Robbie O’Connell, Kevin Power and Colm Power join together in a Clancy Family Concert for a spellbinding evening of music and song, (tickets €18.50).
Acclaimed singer, songwriter and guitarist Freddie White begins his Irish tour at the Clancy Brothers Festival on Friday June 1 and with unique covers and original songs, and a mesmerising performance, this is guaranteed to be a real highlight of the festival, (tickets €18.50).
On Monday, June 4, four of Ireland and Newfoundland’s finest button accordionists play together as Cordeen. The accordion quartet features Benny McCarthy, (Danú), and Conor Moriarty from Ireland, and Billy Sutton and Graham Wells from Newfoundland, playing everything from lively foot tapping tunes to heartfelt songs and airs. (Tickets €15).
The Snug
The theatre will also stage a one act play, ‘The Snug’ by local writer Jack Ryan, and directed by Peg Power.
The popular lunchtime theatre includes a light lunch in the Tea Room following the play, (tickets €12.50). The play starts at 1pm.
All tickets for the Brewery Lane Theatre are on sale at the Heritage Centre, Main Street, Carrick-on-Suir, tel. 051 640200. Evening shows at the Brewery Lane Theatre begin at 8.15pm.
The Strand Theatre presents ‘Musical Society Goes Folk Volume 2’ in Christy’s Bar, Strand Theatre, bringing together a variety of folk songs and numbers from the top musicals directed by Liam Butler, (tickets €10 from the Tudor Artisan Hub, 42 Main Street, Carrick-on-Suir, Tel. 051 640921).
On Saturday , June 2, Bread and Beer stage their much anticipated return.
Featuring Robbie O’Connell, Martin Murray, Paul Grant and Tommy Keane.