Beef from best fed cattle in EU have unique flavour 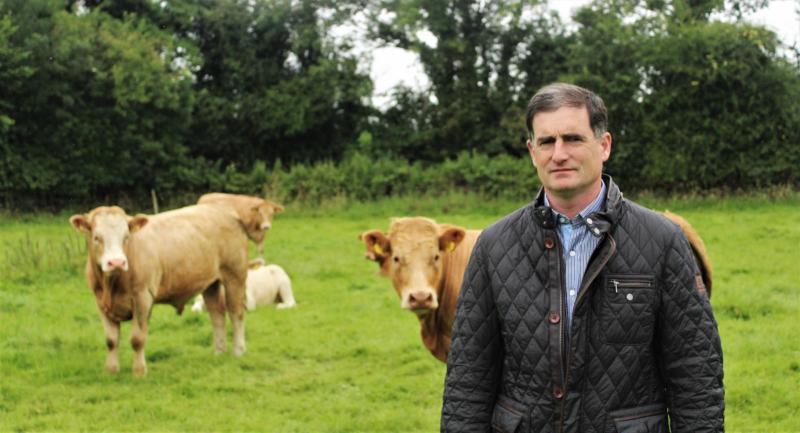 Chinese meat eaters have gone crazy for whiskey steaks from Kilkenny.
The meat from Limousin and Charolais cattle on the farm that sustains Ballykeefe Distillery, outside Kilkenny City, has become a huge hit with consumers from the USA, Germany, Holland and Italy also.
The cattle are among the happiest in the EU because they are fed the distillers grain and pot ale from the production of Ballykeefe whiskey. Not only is their grub organic, but it’s full of natural protein.
Lynda Bolger, the marketing manager at Ballykeefe explained how the ‘eureka’ moment for the whiskey steaks came about.
“We were sitting in on an international buyers meeting in RDS when buyers from China, the US, Holland and elsewhere discovered there was a unique flavour from the steaks from the animals on Ballykeefe farm, which surrounds the distillery,” Lynda said.
“When they heard they were being fed the byproducts of the distillation process, they were really impressed not just with the story of our sustainable enterprise here at Ballykeefe but with the taste and flavour of our beef,” Lynda added.
The problem now is keeping up with demand for the steaks.
“With only a limited number of animals on the farm, it will be impossible to cope with orders and keep up with demand,” Lynda said.
“The story is amazing when you consider we only started feeding the cattle the pot ale and distiller’s grain to reduce the waste and to reduce our carbon foot print.
“Little did we realise, that in fact, we were changing the flavour profile of the cattle.
“Some of the restaurants in Kilkenny city have looked for our steaks as chefs know the flavours of the beef are unique.
“It’s an add-on to the business that popped up out of no where and we initially hadn’t planned on it being so highly sought after.
“We are delighted with the feedback and now we are also looking to more restaurants and top chefs in Kilkenny to carry our beef on the menus,” Lynda said.