From where does organiser John Cleere pull the great acts? 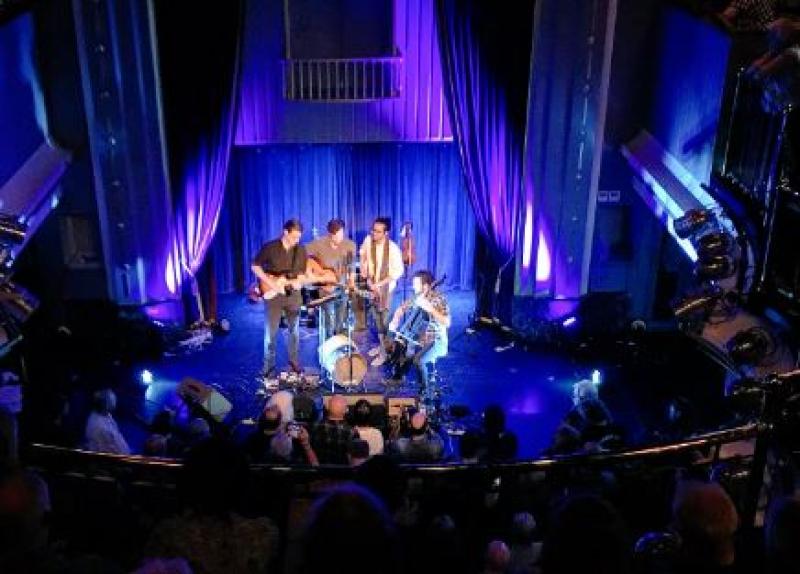 Darlingside, who wowed audiences in the Set Theatre, Kilkrnny on Saturday night as part of the Smithwicks Roots Festival

Kilkenny city swayed to the music of the bands and artists of the Smithwicks Roots festival over the weekend and will do so again today, Monday,  the last day of this phenomenally successful annual event which its getting better with age.

Everyone had the same question: Where does John Cleere gets the new acts. This year he introduced Irish audiences to  Darlingside from Boston, Whitney Rose from Canada and Prince Grizzley from Austria, all likely to become household names.

He has previously hosted people like Alabama Shakes, Ray Montagne and Sturgil Simpson to these shores.

The city was rocking for the weekend with bars, restaurants, B&Bs, guest houses and hotels full.

There are a number of gigs today like Molly Tuttle and Rachel Baiman, doing a sold out show at 4pm in Cleeres. A second show was added at 7pm which is now also sold out.

The festival finishes with a gig at 9pm in Kyteler's Inn with Nashville based, Hillbilly Casino. There are still a few tickets for this show.