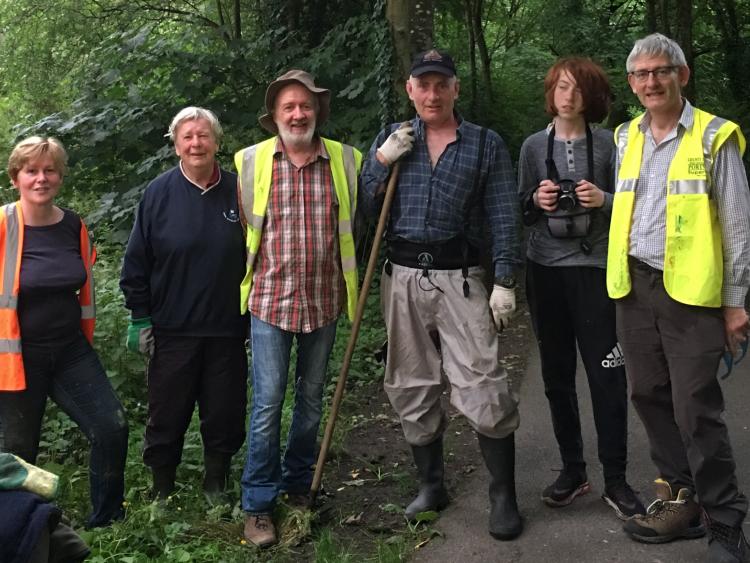 Keep Kilkenny Beautiful (KKB) is set to embark on its fourth year of managing the alien invasive species Himalayan Balsam on the River Bregagh and its third year for managing the species on the River Nore.
Himalayan Balsam is an alien invasive species which thrives in damp ground, out competes native plants and reduces biodiversity and the ecological value of the local environment. Because it is an annual plant, it dies back every year leaving affected river banks prone to erosion.
Four years ago KKB commenced its Himalayan Balsam management programme on the River Bregagh, with volunteers from the Kilkenny anglers together with local volunteers from the Dean Street and St Canice's communities.
The Bregagh Balsam was so dense then that the ducks couldn’t even penetrate the forests of Balsam. Through the volunteer effort, led by KKB, most of the Balsam has been removed but there can be no room for complacency as the seed can remain fertile for up to 2 or 3 years in the Ground.
Himalayan Balsam removal on the River Nore takes place at 9.30am next Saturday with volunteers being asked to turn up for the balsam bash.
The meeting point is in the car park at the back of County Hall and free parking is available.
The balsam removal will start from the River Court Hotel and extend to just below Ossory Bridge. If sufficient numbers turn up both banks of the River will be treated. The plant is very easily drawn from the ground as it has a very shallow structure. Long trousers, long sleeves, appropriate footwear and a pair of gardening gloves are all that’s required.
To help, contact or text KKB at 086-1687553 or email: mail@keepKilkennybeautiful.com
Balsam pulling also starts next week on the Bregagh and local community members are invited to participate. Please look out for small information posters in St Canice’s as soon as a starting date is decided.