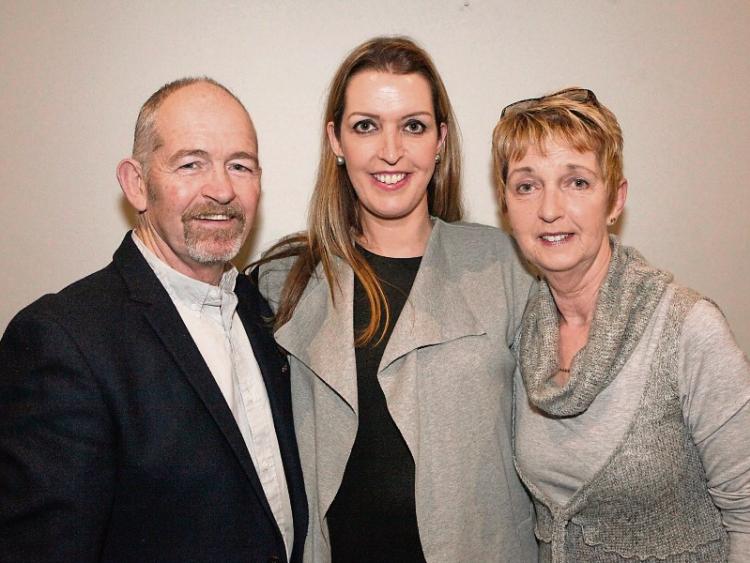 Vicky Phelan, the Kilkenny woman whose story and High Court case exposed the Cervical Check scandal, is to be given a special reception in County Hall in recognition of her service to the people of Ireland.

He called for the Council to hold a special reception for Vicky in County Hall for her “wonderful service to the people of this country and her parish” in taking on very big organisations.

“She well deserves recognition for that,” he added.

Cllr Mary Hilda Cavanagh seconded the proposal which was agreed and discussed with Vicky prior to the meeting and she described the Mooncoin native as a “wonderful woman”.

The proposal passed with unanimous support and Vicky has agreed for the special reception to be held on Friday, June 1 at 5pm. Invitations will be issued in due course.

Cllr Eamon Aylward commended Vicky’s bravery and her courage to take on the Health Service Executive. “She has done women of this country some service,” he added.

The mother of two was given incorrect test results and is now terminally-ill with cervical cancer.

She took proceedings after it emerged her 2011 smear test, which showed no abnormalities, was found, in a 2014 audit of smear tests on a number of women, to be incorrect.

In going public with her story and giving evidence in court, Vicky’s story sparked revelations that at least 162 women with cervical cancer had not been informed about the Cervical Check audit results and past false tests.

Of 209 women who could have had earlier intervention in light of false tests, 18 have died.

Vicky, 43, who lives in Annacotty, Limerick, was diagnosed with cancer three years after her smear test results of 2011 were incorrectly reported as being clear of any abnormalities.