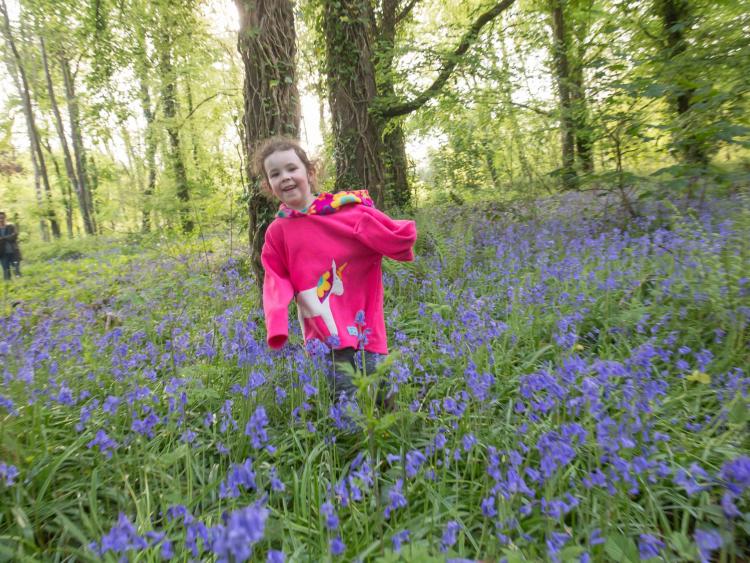 Sunshine and blue skies provided the perfect backdrop for an evening walk to mark Biodiversity Week.
The event, which took place last Thursday evening, was organised and hosted by Mary Brennan, Secretary of the Kilkenny Association of Taisce Ireland.
“We are very much about protecting natural heritage and we want to make people aware of the value of our woodlands,” said Ms Brennan adding that the decision was made to hold the event a few days prior to the official launch of National Biodiversity Week.
“I wanted to showcase the bluebells in their full splendour as sometimes they can die off towards the end of the month,” she added.
Approximately thirty people gathered in the late evening sunshine as Ms Brennan explained that difference between the native Irish bluebell and the Spanish hybrid. The talk was part of a walk around the magnificient forest, which is just a short drive from Kilkenny City.
“The Spanish bluebell is much more robust when compared to the more distinguished Irish bluebell,” she added.
There were plenty of beautiful wildflowers flourishing in Jenkinstown Park and Ms Brennan showed us lots of Speedwell, violet and bugle.
Other flowers, including Fairy foxglove, white candystuff and toadflax were all seen thriving on the walls.