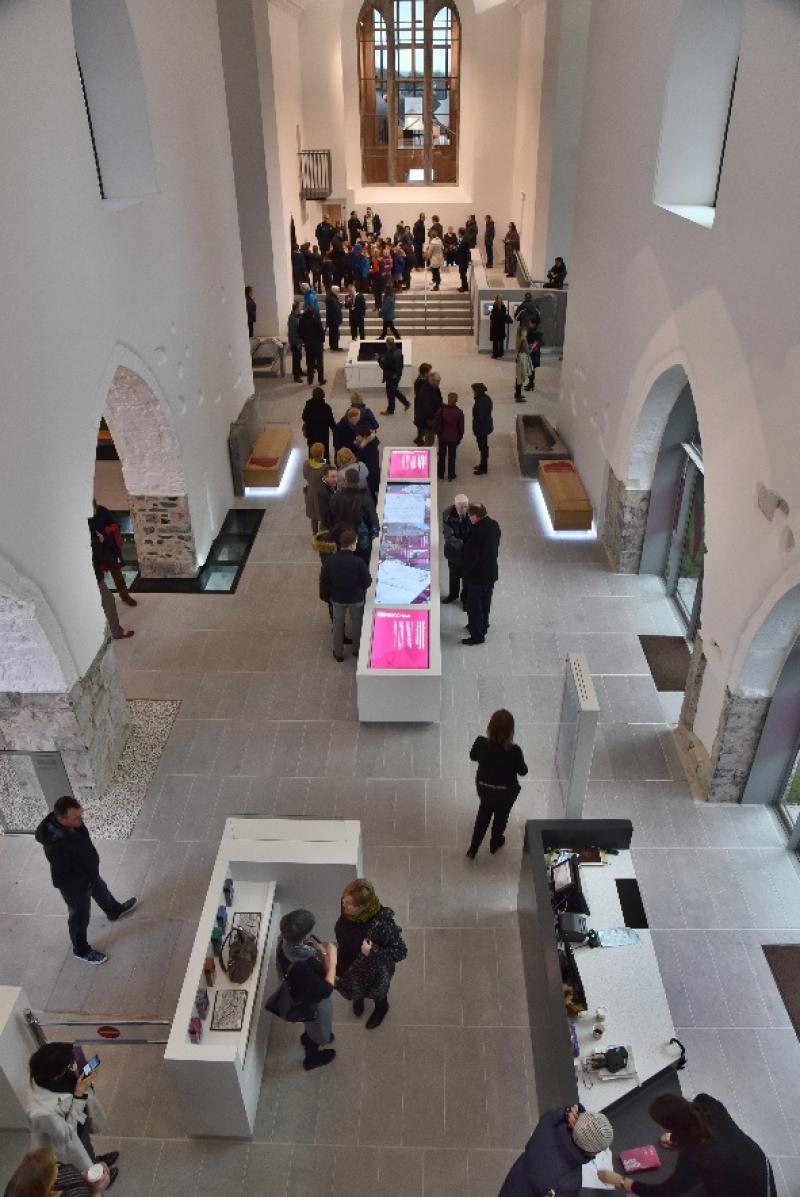 Heritage and visitor attractions in Kilkenny have been given a major boost today as Fáilte Ireland announced that Sullivan’s Brewing Company, Medieval Mile Museum and Jerpoint Park will be awarded a total of €363,000 funding from its new Storytelling Interpretation Grants Scheme.

The history and stories behind visitor attractions across the length and breadth of Ireland’s Ancient East – including those in Kilkenny - will be brought to life through the new grants scheme.

As part of its wider strategy to boost tourism and revenue across Ireland’s regions, Fáilte Ireland launched the scheme last year to improve the quality of animation and storytelling at existing attractions throughout Ireland’s Ancient East.

Successful bids have been recognised for their ability to improve the quality of physical interpretation at their sites through a range of innovative resources including audio guides, video and interactive technology.

Minister of State for Tourism and Sport, Brendan Griffin T.D., visited the attractions in Kilkenny this week to see first-hand how the grants will be used. He said:
“Ireland’s Ancient East attracts visitors from across the country and overseas thanks to its rich history and storytelling. Kilkenny is a key player in Ireland’s Ancient East, with a wealth of experiences, culture and heritage available across the whole county, all year round. Grants like those which have been awarded to Sullivan’s Brewing Company, Medieval Mile Museum and Jerpoint Park will really help to boost the tourism offering here and, in turn, drive even more visitors and revenue into County Kilkenny.”