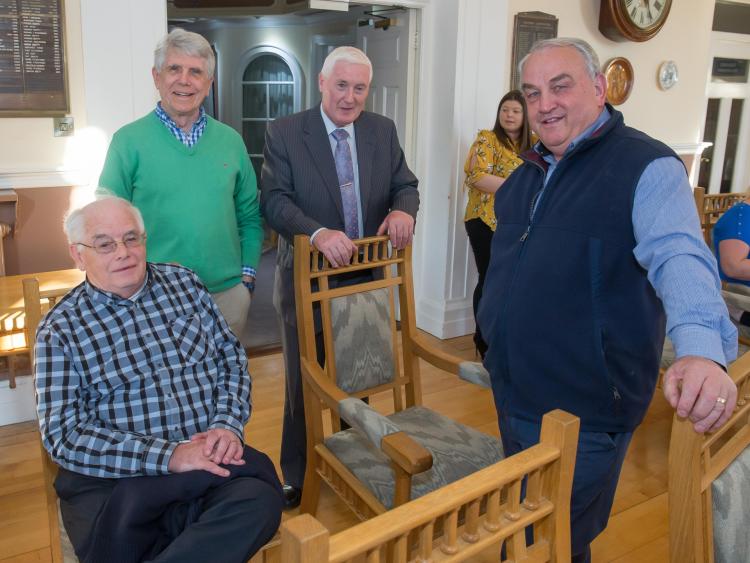 Efforts are needed to increase the length of time tourists spend here and increase ‘permeability’ through the city, spreading footfall from one end to the other.

The footfall disparity between visitor attractions at both ends of the Medieval city has long been an issue for the local authority, tourism groups and businesses to grapple. While Kilkenny Castle saw more than 400,000 visitors last year, St Canice’s Cathedral, at the northern end of town, received a fraction of that. One of the reasons for this is that parking for coaches, which bring in tens of thousands of tourists, is concentrated in the area close to the castle.

At the recent meeting on the future of shopping and business in Kilkenny City, the issue of getting people to stay longer arose. Thomas Clarke, of the Fig Tree restaurant, said passing trade often seemed to be caught for time.

“I’ve people coming in and saying can I get something quick, the bus leaves in half an hour,” he said.

“They don’t get to see [Kilkenny] because they aren’t here long enough.”

Cllr David Fitzgerald, who chaired the meeting, asked how people felt about temporary bus parking on the brewery site. The response from those present was that it was a positive thing.

Frank Kavanagh, who has been involved in Kilkenny tourism for decades and now works with tour groups, said ‘the guy on the coach calls the shots’, and many of them are on a tight schedule. He also said groups may not be willing to walk: “I picked up a group this morning at St Canice’s, and I had only got as far as Kyteler’s Inn and they asked ‘is it far?’” he said.

Mr Kavanagh suggested that the city tourist trains be allowed to drop people off and pick people up at some key locations around the city to increase permeability.

Meanwhile, speaking to the Kilkenny People last week, Ivan Sheridan, who operates Kilkenny’s famous black and amber tourist train, says that idea had been considered from Day One, but had been thwarted by a lack of designated set down areas.

He also says his hands are tied with the set down area currently provided at the Parade, as it only allows him room for one carriage. This means he cannot currently take more than 25 passengers, which he would need to be able to do to make a hop-on, hop-off worthwhile.

“I’m open to suggestions — hop-on, hop-off would be good but it has to work for everyone,” he says.

“It would change my whole business model though.”