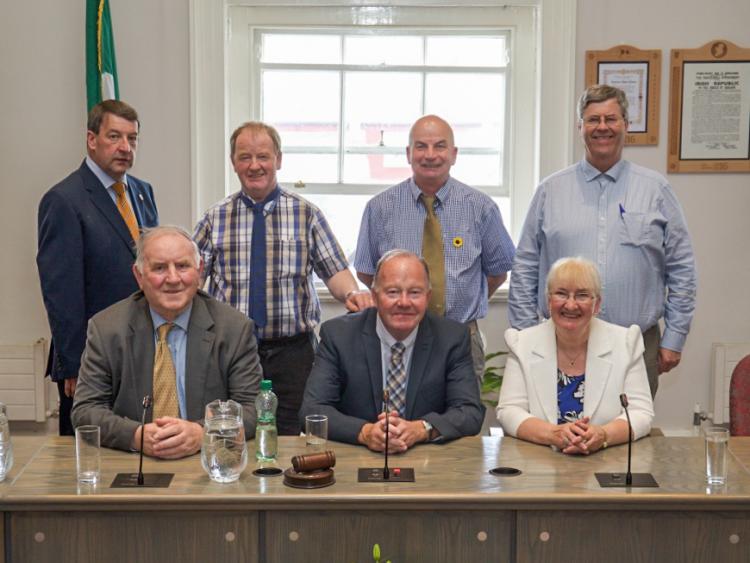 The Freshford-based public representative was elected for the first time as a councillor in the 2014 Local Elections.
On Friday, he was proposed by fellow Fianna Fail councillor Pat Millea, who said he was confident his colleague would do a good job. He said Cllr McCarthy had proven himself as a capable councillor, and reports on the ground were ‘very positive’ about him.

The nomination was seconded by Cllr Pat Fitzpatrick (FF), who described Cllr McCarthy as an ‘effective and efficient worker’.
As there were no other proposals, Cllr McCarthy was deemed elected.

“It is a great honour to accept chair of Castlecomer Municipal District, and I’m very grateful to my fellow councillors for bestowing this honour on me,” he said.

“I would like to thank in particular, my proposer and seconder, and I hope I can do justice to their faith in me.”

Among the issues set out by Cllr McCarthy to address in the 12 months to come were broadband and CCTV.

“In our area, we have a number of motorway accesses which are facilitating criminals from various localities with an easy getaway when they commit crimes. This is an area I would like to see protected by CCTV and I would be insisting that funding is prioritised.”

The Fianna Fail councillor also said rural communities had been left to struggle for a long time, but the tide seemed to be turning. He singled out for mention the Clár, and Town and Village Renewal Schemes. He said the long bout of bad weather had left the road network in bother.

“Our roads have taken a hammering and I know we talked about this in the chamber, despite the best efforts of our area engineer and his staff, I feel we need major investment to return these roads to a safe standard,” he said.

Cllr McCarthy also said the frequency in flooding in recent times was ‘alarming’, and contended that some issues are not being properly addressed.

“I think in a lot of cases, there are more practical ways in dealing with this issue,” he said.

Cllr McCarthy’s colleagues congratulated him on his election as chairman of the north Kilkenny area.

“I wish you the very best with the coming year,” said Cllr Mary Hilda Cavanagh.

“Our area is very different from others — we work together for the good of the area, and there’s no politics. We work together and you won’t have any problem with any of us.”

In the second item on the agenda, Cllr Cavanagh was unanimously elected as the area’s vice chair. She said it would be an honour, and thanked her colleagues for their support.