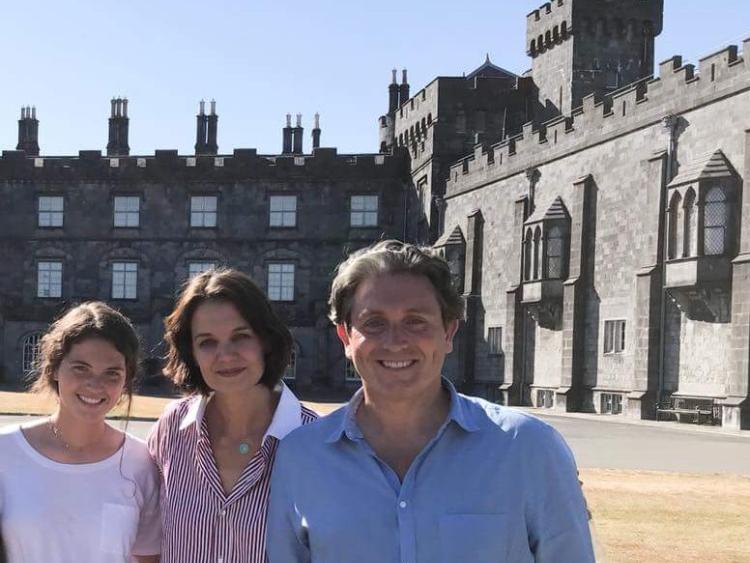 American actress Katie Holmes has been spotted out and about enjoying the sights around Kilkenny City this week, including a visit to Kilkenny Castle.

The Batman Begins and Dawson's Creek star walked into the National Design and Craft Gallery in the Castle Yard on Tuesday afternoon, and had a minder/driver a discreet distance away. She was given a tour and was reportedly impressed with watch she saw.

From there, she walked down The Parade with her daughter, and her friend local man Brendan Morrissey. Many people were taken by surprise to see her in the city. Ms Holmes was also seen having lunch in a local eatery, while some fans reported seeing her in Nicholas Mosses' pottery in Bennettsbridge. 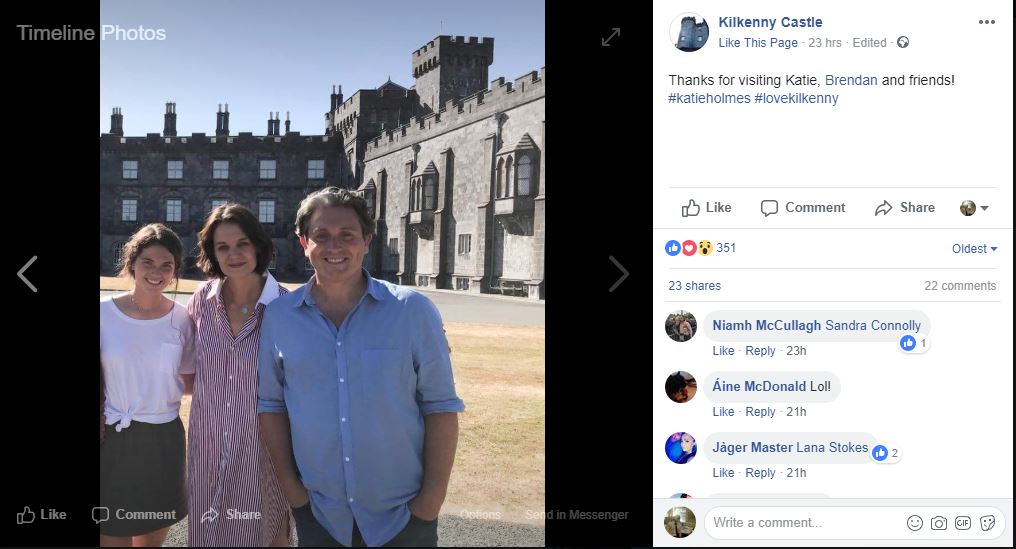 Rumours abound of several high profile celebrities being in the area this week, with some set to attend the Bare Festival in Borris, which takes place tomorrow and Saturday.