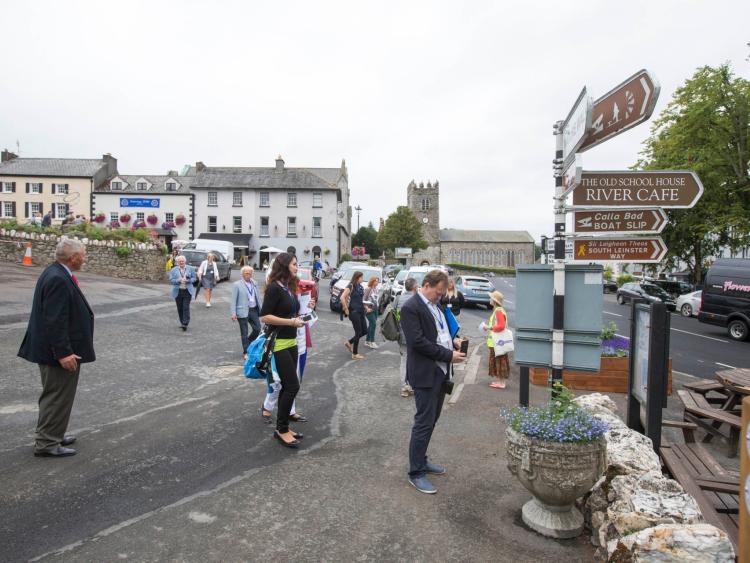 The judges during the Entente Florale judging in Inistioge. Picture: Alf Harvey.

Kilkenny viewers will be tuning in to Nationwide on RTE One tonight, with Inistioge set to feature prominently on the episode.

The picturesque south Kilkenny village always looks top class, but perhaps never more so than this week, when its streets were gleaming for the visit of European adjudicators as part of Entente Florale competition. Volunteers, council staff and the wider community have worked relentlessly over recent months to prepare - weeding, litter picking and painting, as well as completing larger projects.

The village was nominated by the Department of Rural and Community Development to participate in the international competition this year.  This evening, Nationwide will feature a look around the village, as well as interviews with key figures, including the head gardener at Woodstock Gardens.

Tonight's programme will also visit Dungarvan in Waterford, Ireland's other Entente Florale entrant. The programme will be broadcast at 7pm and on RTE+1 at 8pm.