Over €6,000 raised for Ataxia Foundation Ireland from the Ciara Lawlor Memorial Weekend 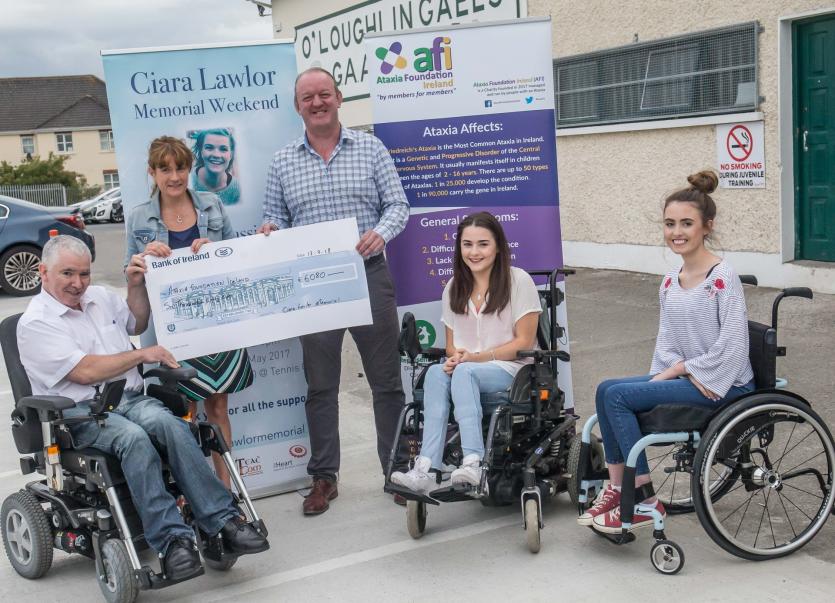 Hundreds of people took part in the annual Ciara Lawlor Memorial Weekend and raised over €6,000 for a cause close to the late teenager.

All the monies raised from the fundraising last month was donated to Ataxia Foundation Ireland.
“Ataxia is a progressive neurological condition. Ataxia Foundation Ireland are a group set up after the scandal with another charity, Ataxia Ireland. The group is made up of people who live with this condition,” she said.
“A good friend of Ciara’s from the Loreto Secondary School has Ataxia, so we decided to do the memorial walk for the new group set up by people with Ataxia, to help people who live with this medical condition.
“Ciara’s friends were a great help in organising the walk which took place in the Castle Park in May. Also a word of thanks to the Office of Public Works for the use of Kilkenny Castle, and  Kilkenny Lawn and Tennis club for allowing us to use their premises for registration. Also, thanks to O'Loughlin Gaels for organising Run With Ciara. Thanks to Tom McGrath for designing the posters and Clara Print for printing them.  And thanks to everyone who did the walk, and who participated in the run. ,” added Ciara's mother, Eimear.

Ciara Lawlor, who was a student at the Loreto Secondary School at the time, died suddenly during a Kodaline concert from a heart condition in July 2016.
Thousands attended the 17-year-old’s funeral and the chart-topping band, Kodaline attended the ceremony at St John’s Church to pay their respects and performed their hit song ‘High Hopes’ to the heart-broken congregation as a tribute to Ciara.