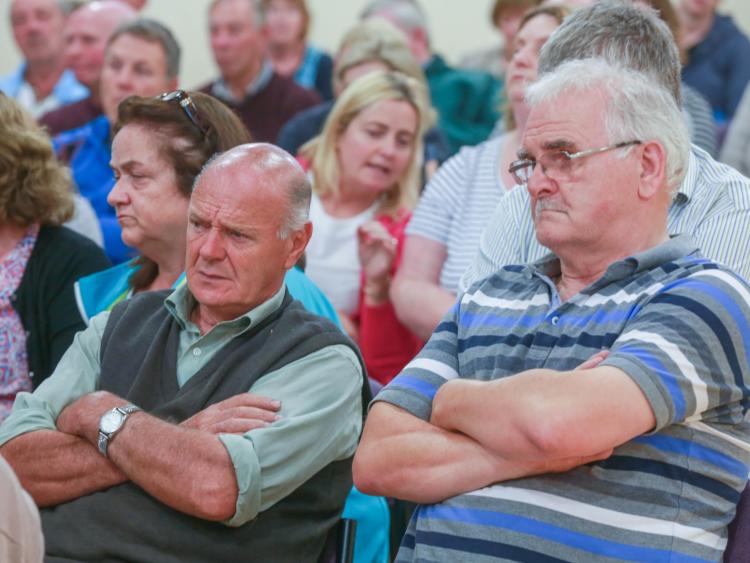 Liam Hendrick and Joe Anthony at the protest meeting about the proposed closure of Mullinavat Post Office PICTURE: PAT MOORE

More than 200 people turned out in Mullinavat Community Centre last night for a meeting over the impending closure of the local post office.

It has been confirmed that Mullinavat Post Office will close its doors next week, August 8, with the postmistress availing of the voluntary retirement package negotiated between An Post and the Irish Postmasters’ Union (IPU). However, those attending last night's meeting said they would fight the planned closure.

Speaking to the Kilkenny People following the meeting, local TD Bobby Aylward said there was strong sentiment on the matter in the community.

"It was a very well-attended meeting," he said.

"There's very strong feelings about the closure, it's a slap in the face for rural Ireland."

Deputy Aylward said that An Post was unwavering in that the post office would not reopen or be given to another franchisee. He said the only remaining option was for independent assessors to look at the situation and consider any submissions/objections to the closure, and then make a recommendation to An Post.

A committee has now been formed on foot of last night's meeting, and it intends to collect a petition. It's hoped this process will be completed in a fortnight.

However, Deputy Aylward says An Post has made it clear it will not consider submissions until after the post office is closed.