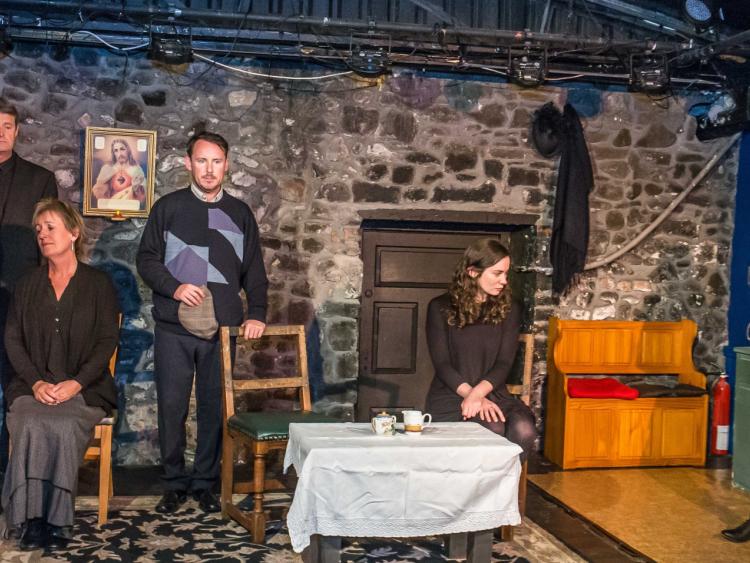 Strong characters, sharp writing and a narrative that is compelling all culminate in an excellent piece of theatre in Waking Cúin.
It is an impressive debut play from Aoibhín Murphy and explores the themes of family, death, loss and love in a poignant yet often humorous way.
The play tells the story of a family physically united by a father's wake but fractured from each other emotionally. All is not as it initially appears and Murphy compassionately weaves the unexpected complexities that people are forced to deal with in their lives into the story through the use of simple language.
The play follows the lives of the stern but lovable and very witty mother, Maisie, played brilliantly by Margaret Whitely and her two daughters Caroline and Catriona, performed superbly by Jacqui Purcell and Aoibhín Murphy as they gather to wake their husband and father. Simmering family tensions bubble beneath and at the surface and the often complicated and fraught relationship that is shared by sisters is explored and well executed by both actors.
John Whitely, plays the local priest, fond of a drop of whiskey who is at hand to offer support to the family when needed. His performance is flawless.
Eoin Nangle Ryan perfectly executes the character of Martin, a somewhat earnest farmer and family friend of old perfectly. The cast showcase the high calibre of actors that are currently performing in Kilkenny.
Directed by Dee Gibney Waking Cúin is a gripping piece of theatre and one that Ms Murphy should be very proud of as her debut play.
The play opens this evening (August 9) and runs until August 11 at Cleere's Theatre. Doors are at 8pm and admission is €5.

Waking Cúin is a KATS production and is part of the AKA fringe festival.