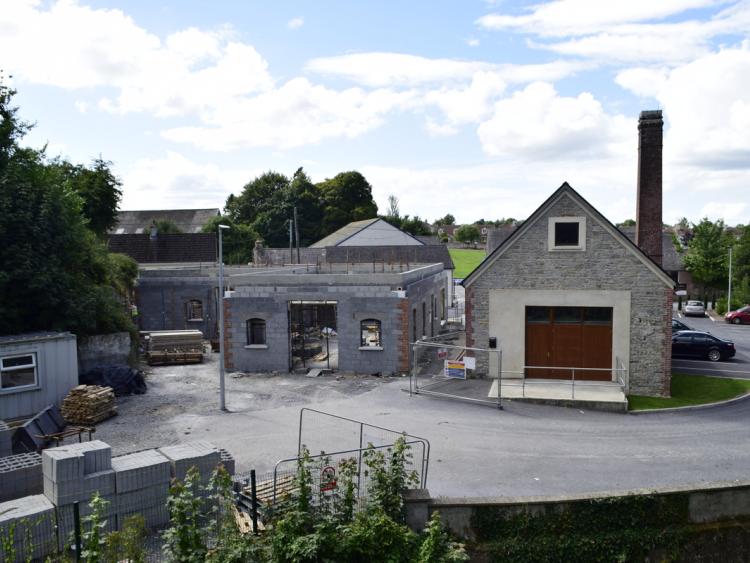 The summer stillness in one South Kilkenny village belies it's dynamic entrepreneurial spirit that has created almost 900 jobs in the area.
Piltown possesses a community pride that has seen it become not only a great place to live but a great place to start a business.
Nowhere is this more evident than at the Community Enterprise Centre, developed on the site of the old village creamery.
A hive of activity, not only are the current units for young businesses full but construction is well under way on two new units.
Thanks to a Town and Village Renewal Scheme grant of €200,000 (the maximum grant on offer under the Department of Rural and Community Development scheme) construction of phase 2 of the Enterprise Centre was able to begin a little earlier than had been planned by Piltown Community Enterprise, the group behind the Enterprise Centre.
Based in the historic business centre of the village, the Enterprise Centre development has transformed a neglected and derelict part of the village into a centre of business incubation and encouragement.
With the expansion of the centre there will be an opportunity for even more start up and developing businesses to move in.
Most groups in Kilkenny that applied for the grants were successful but the Piltown group were thrilled to be awarded the maximum amount.
Minister Michael Ring visited the Center to mark the announcement of the grant (see photo above).
That leap of faith looks set to pay off for Piltown Community Enterprise - The reputation of PCE and the Communty Enterprise Centre is such that before the new building is even complete there have been enquiries from interested small companies about locating there - this is made more impressive given these contacts have come in July and August, which is traditionally a very quiet time for business development.
The business possibilities for the centre are wide - both the existing units and new units can be adapted to different operations. For example in the current units there are three very different operations - spelt flour milling (Oak Forest Mills), a pharmaceutical auditor and a personal gym instructor.
Construction on phase two is expected to be finished and ready for new business tennants by the end of September.
Even with the Town and Village Renewal grant this new development is a big commitment for PCE as the final construction cost is likely to be about €300,000.
This gap between the cost and grant support will be covered by local fundraising, as was the first phase of development. There is still a small balance on the phase one development cost of €340,000 to be paid off but the project has been well supported locally and that is almost cleared. Phase one was also supported by Kilkenny LEADER Partnership with funding of €178,400.
The Centre has been lucky with support from state development agencies and local groups and have a track record of commitment and seeing projects through to a successful end. As Gerri Hickey, the project manager with PCE, says, it's not that they have any extra knowledge when compared to other community groups but they apply for any support they think could help in Piltown.
Piltown Community Enterprise is also preparing to enter this year's Bank of Ireland Enterprising Town Competition, having been invited to do so after being named ‘Regional Category Winner (population under 3,000) - Leinster’ last year.
Judgest will spend several hours in the village on August 20. PCE board members will make a 30 minute presentation before a question and answer session and giving the judges a tour of the village and the work being done there.
The overall national winner of this competition is in line for a €20,000 prize.
The population of the Piltown area is more than 3,000 people and there are in excess of 90 businness in the area employing almost 900 people. Many of these jobs are with large local employers however a significant amount are in small busineses with between two and four employees, underlining the importance of the kind of small businesses that can really benefit from the support of someplace like the Enterprise Centre.
If you are interested in the unit at Piltown Enterprise Centre for your business contact Piltown.ie