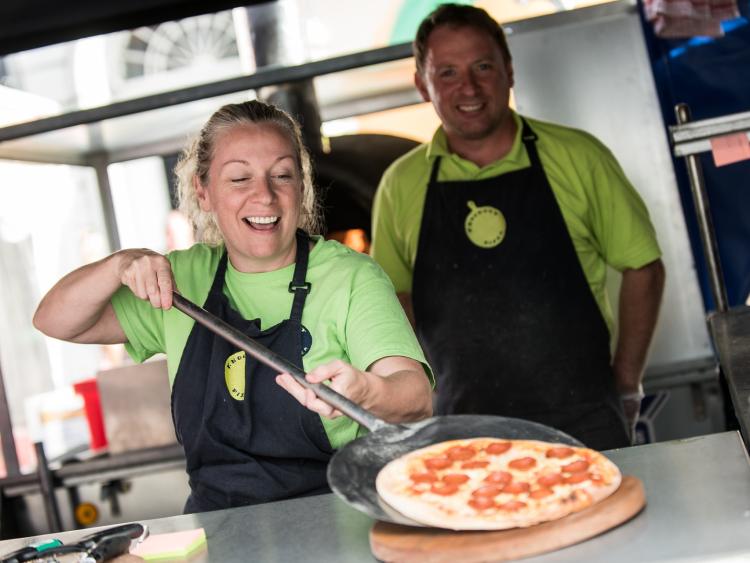 All the toppings at Waterford Harvest Festival

Waterford Harvest Festival, which takes place from September 7th to 9th is renowned for championing the great producers of  Kilkenny and the South-East region.

Established in 2009, the Waterford Harvest Festival has consistently provided a showcase platform for the regions food and drinks producers, chef and restaurants and growers and harvesters.

The premise of the inaugural Waterford Harvest Festival when it began was to take a step on the road to make Waterford the focal point of the south east region’s gastronomic offering and it has grown each year with hundreds of food lovers and producers championing great food.

With the support of Waterford City and County Council as well as the many loyal corporate sponsors, whose assistance has been invaluable, the festival attracts tens of thousands of visitors to the city over its three-day interlude.

Country markets, food talks, chef collaborations, agri-fun, producers stalls, workshops and bake-offs are now a staple of the festival programme which attracts many of the country’s greatest food talent.

Tommie Ryan has been Festival Director since 2016.  “It’s a really exciting programme to work on.  Not only do we have access to some of the greatest food producers and educators in the country, our restaurants are now also playing an integral role in the festival, by cooking up unique dining experiences through exciting chef collaborations.”

“In the past the Festival has welcomed a stellar line-up of award winning chefs including Gautham Iyer, Takashi Miyazaki, Billy Whitty, Paul Hynes and Ken Harker who have all collaborated with Waterford’s visionary chefs to produce something spectacular.”

Harking back to many of the highlights of the festival, Tommie recalls the world record- breaking bowl of Flahavan’s porridge which was cooked at the Festival weighing in at a phenomenal 1,380kg, the runaway pig that, somewhat, unceremoniously crashed King Kong Company’s performance on the Mall and the inaugural World Blaa-eating championships, which pitted contestants against each other in the bid to eat five buttered blaas as quickly as possible.

“While the focus on the festival is food, it goes hand in hand with fun!  The beauty of the Waterford Harvest Festival is its accessibility to everyone.  You don’t have to be a gourmand to enjoy what’s on offer, you just have to have a sense of fun, adventure and bring your appetite along with you.”

“I think the festival has been such a success because it captures the imagination of the public.  You might visit the festival to pick up some tasty bites, but you can end up chatting with producers about their food journey, getting caught up in a bake-off, milking a cow, exploring food science or just experimenting with new foods and new tastes.”

The programme for the 10th Waterford Harvest Festival reveals that food, fun and festivities are high on the agenda and will feature an almost inexhaustible programme of tasty, family-focused, fun-filled events, and a wide range of exciting dining experiences throughout the three-day festival.

With events taking place all weekend long there’s something for everyone, from the tiny taste buds to those truly seeking gastronomic delights!