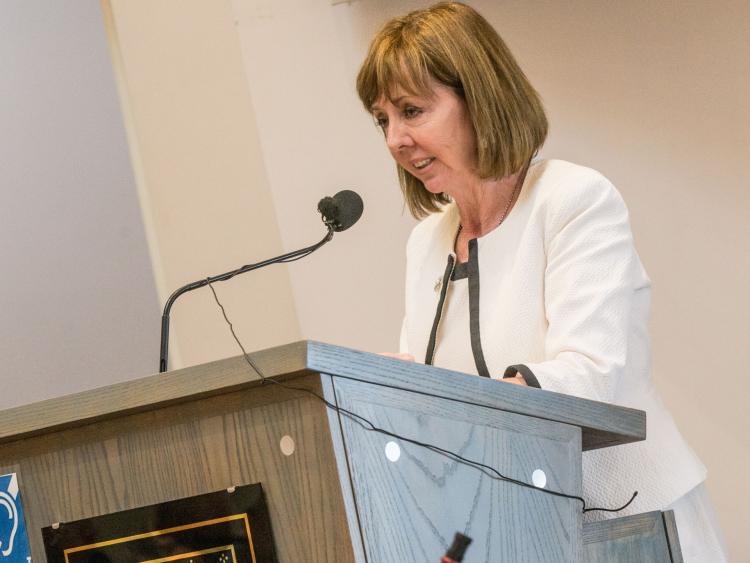 Five people who want to stand in Ireland's forthcoming Presidential election made their case to members of Kilkenny County Council this afternoon (Friday).

Musician James P Smyth, artist Kevin Sharkey, Senator Joan Freeman, businessman Gavin Duffy and a speaker for the campaign of William Delaney 1957-1970 all spoke, setting out the main points of their campaigns.

They also answered many questions on their campaign plans from councillors.

Kilkenny councillors have not made any decision on who, if any candidate, they will nominate following today's meeting.

A decision will not be taken until after a second special meeting is held to hear from SIX more candidates. It was decided this will be held on September 10.

The six candidates who will speak at that meeting will be:

They are expected to be joined by two candidates who were unable to attend today:

Read a full report from the meeting, including the main points of the candidates' policies, in next week's Kilkenny People.