Children face into a second week with no seat on schoolbus 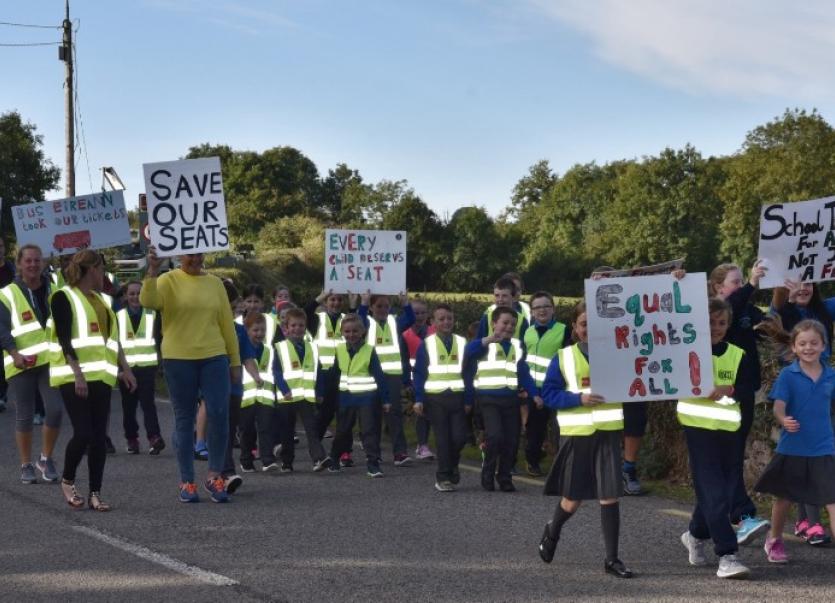 Parents, children and supporters on the road this morning as their protest march arrives in Ballyhale. PICTURE: HARRY REID

Kilkenny's Minister of State John Paul Phelan joined parents and children who this morning walked to the national school in Ballyhale in protest at the lack of bus places for students.

One parent walking this morning was John Drennan, who has four children attending the school. None has been given a bus place.

“There’s been no progress up until now, nothing has changed,” Mr Drennan yesterday told the Kilkenny People.

“We still have no ticket. It’s quite upsetting at this stage.

“We would have been expecting something to have happened by now.” 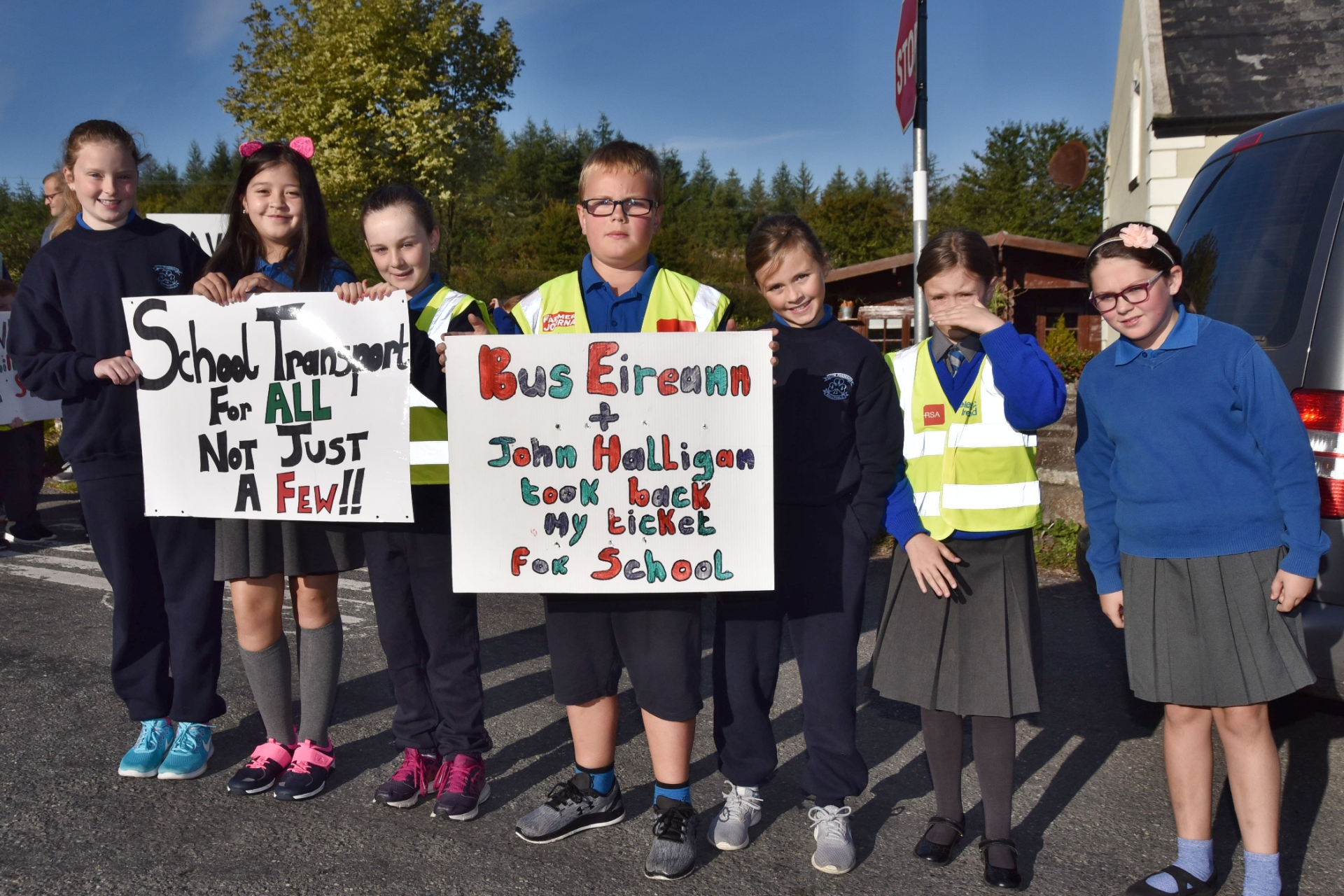 Children protest over the lack of bus seat spaces in Ballyhale

Local councillor David Kennedy said it was important to keep the pressure on and ensure the issue remains in the spotlight.

Frustration is growing with Junior Education Minister John Halligan, who parents say has not responded to them or addressed their concerns. Minister of State John Paul Phelan says he has not heard from his Government colleague either, 'despite several attempts'.

Deputy Phelan has warned that if no progress is made ahead of the Fine Gael Parliamentary Party meeting in Galway tomorrow, matters would come to a head.

He added that the current system of allocating bus tickets needs to be tweaked to accommodate those who have previously had tickets but now lost them in the Bus Eireann ‘lottery’ system.

“For people who have made decisions about sending their kids to a school, and then to be told halfway through that you can’t get the ticket you’ve had the last two or three years — I don’t see why they can’t be accommodated,” he said.

“A bit of common sense needs to be used.”