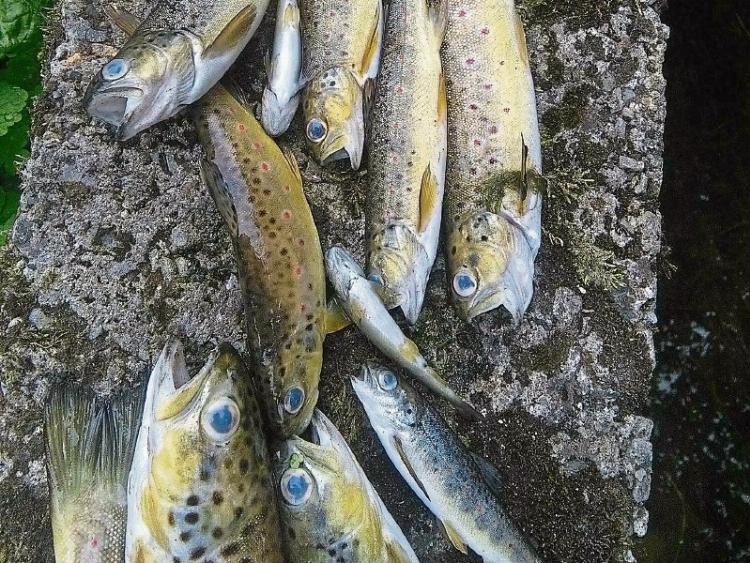 Some of the fish killed on the Duiske River in Graignamanagh

Hundreds of salmon and trout have been killed in an ecological disaster that has wiped out all fish life on Kilkenny’s Duiske River.

Inland Fisheries Ireland are investigating the fish kill and local anglers say it will affect the stock of salmon in the River Barrow for years to come.

The Duiske is a prolific salmon spawning river, a tributary of the Barrow in Graignamanagh. It was known as one of the best locations in the South of Ireland for the spawning of salmon before last week’s incident. 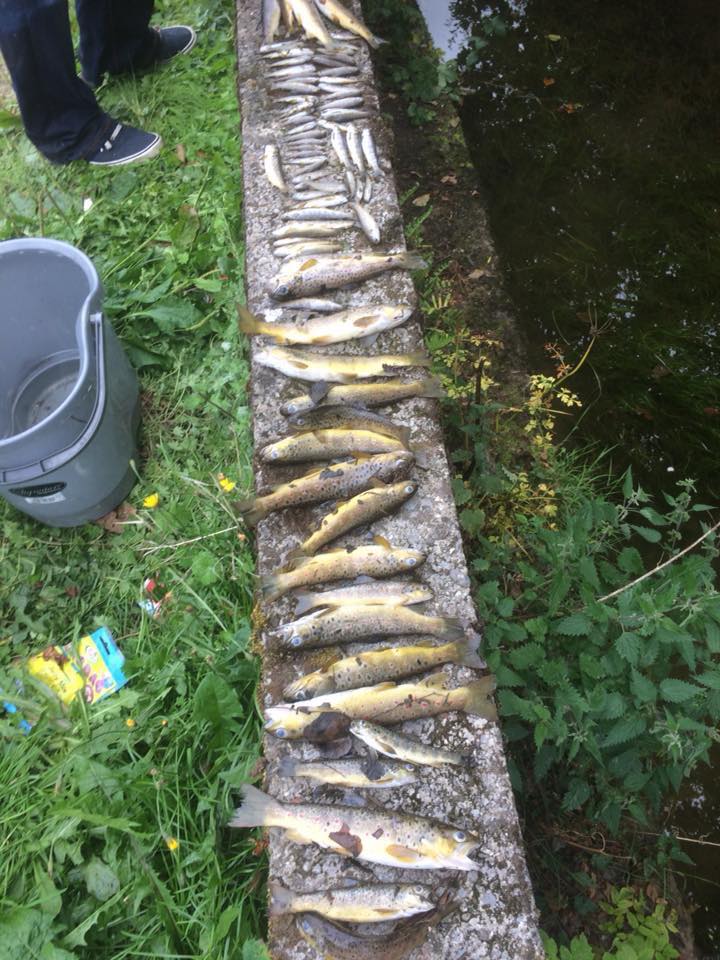 Children walking home from school, last Wednesday, first noticed the dead fish and alerted adults who contacted the local angling club. From there Inland Fisheries Ireland and the Environmental Protection Agency were called in.