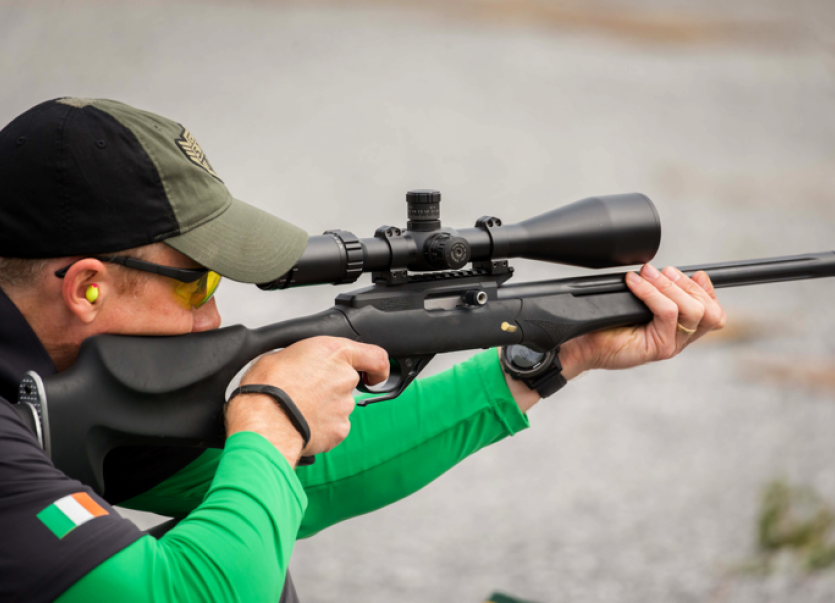 A Kilkenny man has been selected to represent Ireland at the German leg of the IGRF international target shooting competition.

Ray Holohan was selected along with five other competitors on the Team Ireland team for the international in Leitmar, Germany from November 9-11. The team has been selected based on their shooting scores at national competitions held throughout Ireland over the last 12 months.

Competitors shoot at paper targets at varying distances from 10 metres to 50 metres for score, each target has a time limit and different number of shots to be fired. The international competition is called '1500' and individual competitors also travel to compete as well as the Team Ireland team.

Ireland are current world champions in target shooting in both smallbore and centrefire team disciplines and also hold the individual world champion titles as well. Competing against Germany, England, Scotland, Wales, Australia and South Africa Ireland competed in the final leg and world cup last July in Midlands National Shooting Centre in Tullamore, and will defend their title in South Africa in October 2019.

The NASRPC are the NGB (National Governing Body) for target shooting in Ireland and are made up of 20 target shooting clubs around Ireland with 3,500 competing members. The role of the NASRPC is to support sporting individuals and teams through training and providing safe standards, promoting health and wellbeing and sporting excellence. Target shooting is enjoyed by male and female competitors, who compete side by side.

"The NASRPC wish all the competitors travelling to Germany the best of luck, it is a great honour to represent Ireland and I know each competitor will represent their country and target shooting at the highest level," said Mick McGrath,Chairman of NASRPC.

For more information if you would like to try target shooting have a look at www.nasrpc.ie.